The BIGGEST of the Texas Big races is the Grade 3 Ladies Classic Stakes. A half-dozen fillies and mares will race 1 1/16 miles on Sam Houston's main track. The Houston Ladies field is headlined by 2019 Kentucky Oaks winner SERENGETI EMPRESS (PP: 1 ML 7/5), which is her last win. Since, she's finished second twice, sixth and third in her last race, the Breeders' Cup Distaff. 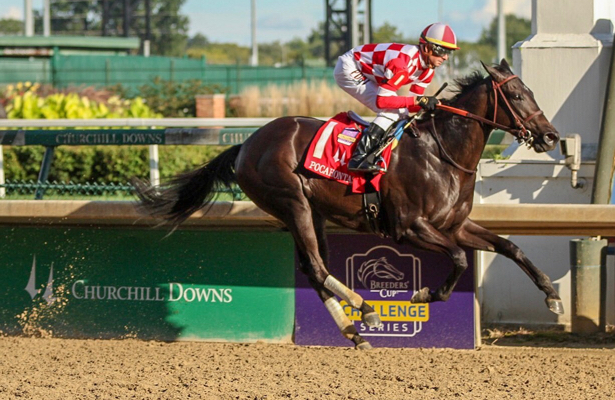 She gave way in the Distaff after holding the lead from gate into the stretch. Running on the lead is her style and she normally holds off the others when leading the charge late. SERENGETI EMPRESS should have no problem getting to the front today and is likely to return to the winners' circle.

OUT FOR A SPIN (PP: 2 ML 10-1) is the lady who is most likely to challenge the favorite early. The four-year-old has been quick out of the box in six of her eight starts, usually settling in a 1/2 to 1 1/2 lengths behind the pacesetter. She's done well at the distance, scoring all of her three wins and a third in four 1 1/16 mile runs.

SARACOSA (PP: 3 ML 15-1) is a closer that also likes today's distance. She has never finished out-of-the-money, scoring a win, two seconds and a third in seven tries. She likes to start closer to the back of the pack and wiggle her way forward before stepping on the das in the final 3/16 to 1/8 mile. If she is in the first four heading into the stretch, she could pull off the upset. 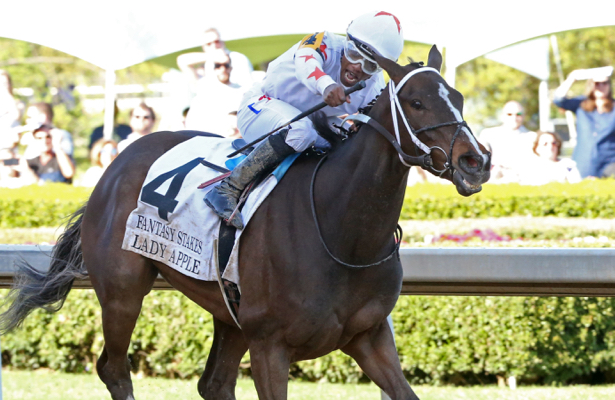 Talk about a distance fitting a horse, LADY APPLE (PP: 4 ML 9/2) has four wins in four races at 1 1/16 miles, including her last in a Grade 3 triumph at Remington Park. She tried her luck against SERENGETI EMPRESS in the Kentucky Oaks but finished a well-beaten third by 7 1/4 lengths.

To keep her undefeated, distance streak intact, she'll can't let the frontrunners get too far away. If she can hug the early pace, then she'll have a shot to run by tiring legs to the tape first.

MYLADY CURLIN (PP: 5 ML 7/2) has learned how to win, leaning into the tape first in six of her last eight starts. She's been the public's post-time choice in seven of her last 10 days at the track and is likely to horseplayers' second choice; however, unlike others in the field, 1 1/16 miles hasn't been her strong suit. She has two wins, two places and a show in seven starts. He has six wins in eight efforts at other distances.

Expect MYLADY CURLIN to be putting hoof to dirt late as she's made up ground in seven of her last 10. She can win but will need to hug the leaders into the final turn.

Considering her lack of success against SERENGETI EMPRESS, it's hard to make a case for STREET BAND to win.

We see SERENGETI EMPRESS getting back on track in our Pro Subscribers' Bonus Commentary.

SERENGETI EMPRESS owns the highest, last race speed figure. LADY APPLE is four for four at the distance. MYLADY CURLIN has hit the board in 12 of 13 on a fast track. STREET BAND has four wins and a third a third in six at the distance.