Where the surf meets the turf is where stakes racing will take most of the country deep into Saturday night. Del Mar racetrack is the home of five races with $100,000 in prize money, including the $1 million Pacific Classic.

We have the five races covered in-depth with our PACIFIC CLASSIC Wagering Guide, make sure you get your copy.

Two of the five races are part of the Breeders' Cup win and you are in challenge for 2019's Breeders' Cup races at Santa Anita. The DEL MAR HANDICAP and PACIFIC STAKES winners will be running in the Breeders' Cup Longines Turf and Breeders' Cup Classic, respectively. Both races look very competitive on paper without heavy favorites.

Let's look at some of the top contenders according to the morning line oddsmaker for THE DEL MAR HANDICAP and PACIFIC CLASSIC to see who might be running in November at Santa Anita. 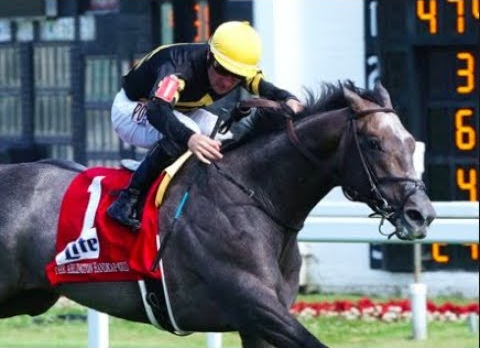 THE GREAT DAY (PP: 6) is the DEL MAR HANDICAP morning line favorite at 5/2. She is making her third start in the United States after beginning her career in Argentina. She finished second in her last race, the Grade III Arlington Handicap. She's yet to win in five trips on grass with two seconds and a third. THE GREAT DAY looks like a vulnerable favorite.

UNITED (PP: 5) is the oddsmaker's second choice at 3-1. She's stepping up in class after winning a $62,500 Optional Claiming race on turf at Del Mar. It was her first race since May 25th and she ran her highest, lifetime speed number. That's an interesting angle. From our experience, she'll improve as she's done in previous second starts or bounce hard and miss badly. She's won two of six with a second in six starts on turf and should be a strong contender.

MARCKIE'S WARRIOR (PP: 4) and ITSINTHEPOST (PP: 7) are next in line, both at 7/2 morning line odds. MARCKIE'S WARRIOR has had success on turf with six wins in 17 starts. She was bumped at the start of her last outing and first since late May. Despite the excuse, she rallied for a distant second, 2 1/4 lengths behind the winner. She's hit the board in four straight and is one for one at the distance. She should be charging late and could find the winners' circle if the pace is quick.

ITSINTHEPOST is switching back to grass after racing on Del Mar's main track in her last race. Trainer Jeff Mullins wins at just 9% with the dirt-to-turf angle; however, ITSINTHEPOST has finished in-the-money in 22 of 37 races on grass, including 10 wins. She recorded the top speed rating for this field in her dirt start. If she can carry the form to grass, she's a candidate to fill out exotic bets, maybe win. 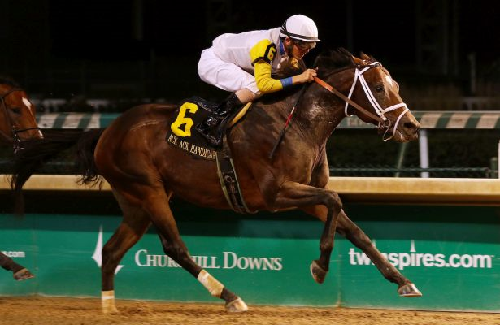 SEEKING THE SOUL at Churchill Downs

SEEKING THE SOUL (PP: 5) is the tepid morning line choice at 3-1. He hasn't raced since June 15th when he won the Grade II Stephen Foster at Churchill Downs. He doesn't have a recent history of winning fist starts after a layoff. He's finished 8th, 2nd, 13th, and 2nd in his last four first runs off the bench, from the most recent back. You see a pattern? He's likely to be a threat and could finally break the first race back losing streak.

PAVEL (PP: 3) in next on the leaderboard at 7/2. He's making his third start after a three-month rest. He popped a blistering speed figure in his last start and his best number. Despite the highest last race speed figure, he finished third in the Grade 2 Suburban at Belmont Park. Although, finishing behind PRESERVATIONIST and CATHOLIC BOY isn't unexpected. If PAVEL can repeat his last effort, he hits the tape first.

QUIP (PP: 2) rounds out the top three choices according to the oddsmaker. QUIP finished second by a neck to SEEKING THE SOUL in the Stephen Foster but gave up the lead in the stretch. Adding an 1/8 mile might not work to his favor. Odds are QUIP will finish in-the-money as he has in six of seven on a fast track, which he should get in the Pacific Classic.