Saturday Stakes: Win the Risen Star and Flop in the Kentucky Derby?

The Kentucky Derby, you got to be in it to win it.

A pair of horses will try to do what no other horse has done, win a Risen Star Stakes race and then the Kentucky Derby.

Two Derby hopefuls will earn their entry into the 2020 Kentucky Derby with a win in Saturday's Division 1 and Division 2 of the 2020 Risen Star Stakes. Each division awards 50 points to the victor, 20 for second, 10 for third and five to come home fourth.

Get to the wire first, get 50, and that's been enough to make the Kentucky Derby since entry to the race moved to a qualifying system in 2013. Getting in the Derby for Saturday's Risen Star Stakes' Divisional champs is a virtual lock but taking the next step and doubling up with a Kentucky Derby Crown is another story.

Five of the seven Risen Star Stakes winners raced the following May at Churchill Downs. INTERNATIONAL STAR and IVE STRUCK A NERVE qualified but stayed in the barn due to health concerns. GUN RUNNER fared the best of the other five in the run for the roses. The 2016 Risen Star Stakes winner won show money (3rd place) in the 2016 Kentucky Derby. 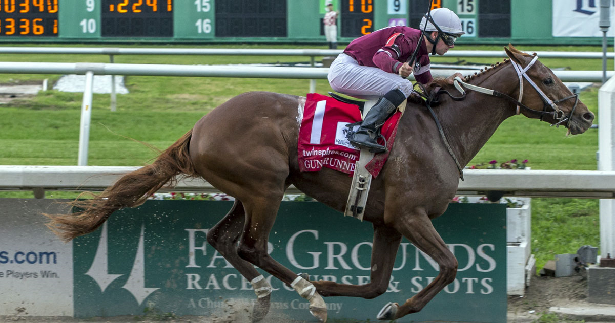 RISEN STAR, for whom the Risen Star Stakes is named, won in 1988 and went on to finished third in the Kentucky Derby and subsequently won the Preakness Stakes and Belmont Stakes. MUCHO MACHO MAN joins GUN RUNNER and RISEN STAR as the third-place finishers in the Derby.

Otherwise, it's been U-G-L-Y for Risen Star champs. Eighteen of the 35 winners (two divisions in 1989, 1993 and 1995) tried their luck in the Kentucky Derby. Take out the trio of third placers and the average final position is 11.5 – ugh – for the Risen Star representative.

ENFORCEABLE came from way back, starting 11th of 13 and ran eighth after 6 furlongs before turning on the jets. It was his second win in seven races, recording his best, speed figure.

He's likely to get heavy play for horseplayers, but our handicapper likes another to visit the winners' circle.

SILVER STATE bobbled at the start and bumped with another at the start of the Lecomte and then ran into some traffic on the way to the tape. Yet, he finished second by just 1 1/2 lengths at 1 1/16 miles. The extra 1/16 mile in today's Risen Star races should work to his benefit.

Meanwhile, the second division has a horse to beat. ANNEAU D'OR (PP: 8) is the 9/5 morning-line favorite. After examining the rest of the field, it's easy to see why Diliberto makes LIAM'S LUCKY CHARGE (PP: 5) the second choice at 9/2.

Four of the rest are coming off their maiden wins and FINICK THE FIERCE (PP: 10 ML 10-1) is the only to race competitively against graded stakes company, finishing fourth in the G3 Lecomte and second in the G2 Kentucky Jockey Club Stakes. 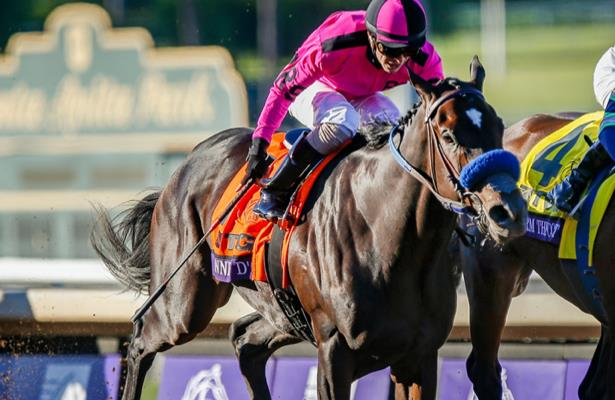 Meanwhile, ANNEAU D'OR is this |--| close to being undefeated in three races. He finished second by a neck to THOUSAND WORDS in the G2 Los Alamitos Futurity and second by a head to STORM THE COURT in the G1 Breeders' Cup Juvenile. A head and a neck more and he's 4/5 instead of 9/5.

We believe ANNEAU D'OR will have enough body parts to hit the tape first in the second Risen Star division and then take his shot at a blanket of roses on the first Saturday of May.