Sunday Stakes: It Could be a Big-Ticket Sunday at Gulfstream and Los Alamitos

Extra money is always welcome this time of year – really any time of year. Horseplayers have seven stakes races with at least $100,000 in prize money to play today; hopefully to cash in and add to their present buying bankroll. Baby needs some new shoes...

The trio of Gulfstream Park races probably offer the best chance to catch some shots and cash fat tickets, maybe even big enough to cover your entire shopping wish-list. Horses are very likely to be mispriced as information is scarce. Most of the entrants have primarily raced in Caribbean countries like Mexico, Venezuela, Panama and Puerto Rico. The lack of data means money is likely to chase odds more than usual. That could create some nice overlays, good horses with high odds that don't reflect their chances to win, place or show.

In total, there are five Copa Del Caribe stakes races at Gulfstream, including the trio of $100,000+ stakes races.

It would not be surprising to see at least one four-digit payout in the handful of Copa Del Caribe races. Baby gets some new shoes… and maybe some diamonds too?

Los Alamitos' $100,000 BAYAKOA STAKES could also prove to be a horse racing ATM, if you have pin numbers in order. A field of eight horses will race 1 1/16 miles on Los Al's dirt track. The oddsmaker thinks it is a competitive field as six of the eight horses have odds between 5/2 and 8-1. 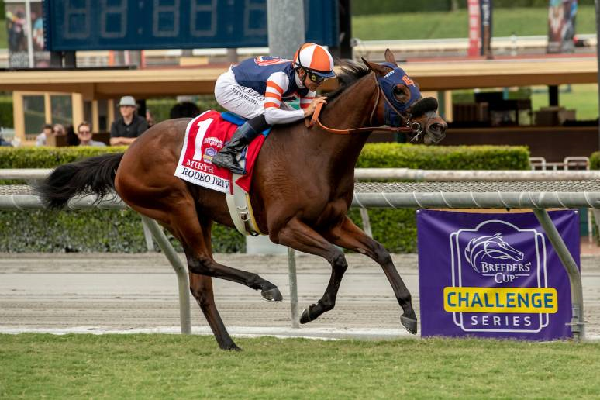 MIRTH (PP: 4) is the morning line favorite at 5/2, but she looks highly vulnerable. She's hasn't run on dirt in more than two years and she's not been good on the surface. She finished third in three tries on a fast surface and second on the slop in a short field that was scheduled for grass. Until she shows she can win on dirt, we'd pass on putting her at the top of the ticket.

LADY SUEBEE (PP: 5) is the second choice with pre-race odds of 3-1. She hasn't raced since blowing a tire on Santa Anita turf on October 5th, finishing tenth of 10, by 10 lengths. Ten, ten, ten must have some significance in numerology, but it's sure as hell bad for the ponies. However, it might not be so bad for LADY SUEBEE, she bombed the previous time she tried turf, only to rebound and win by 5 1/2 lengths on Del Mar dirt. Trainer John Sadler wins at 25% with the surface switch, so, LADY SUEBEE should be considered a top contender. 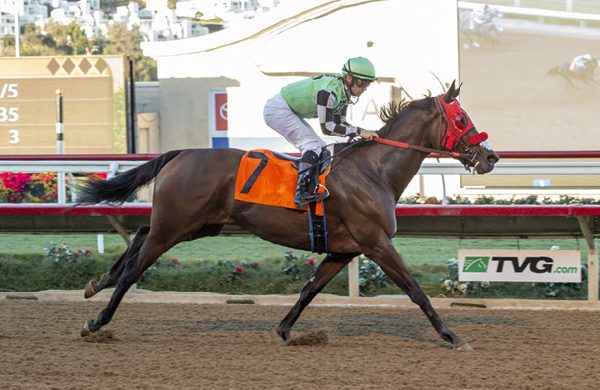 QUEEN BEE TO YOU (PP: 6 ML 7/2) is coming off a 4 1/2 length score at Del Mar, recording her best, lifetime speed figure. She looks to be in peak form and is completing a sprint-sprint-route cycle. A 36% winning angle for trainer Andrew Lerner. QUEEN BEE TO YOU has been successful at Los Alamitos with two wins, two seconds and two thirds in six races. She, too, should be considered at the top of your tickets.

MONGOLIAN HUMOR (PP: 2 ML 9/2) finished second by a head in her last start, October 24th at Keeneland. She's hit the board in 50% of her races on fast dirt with three wins and three places in 12 starts. Her second-place finish looks OK on paper as she ran similar fractions despite adding a 1/2 length compared to her previous sprint. However, she earned her lowest speed figure, by far, in her last five starts. She should be included in exotics but is unlikely to find the winners' circle, in our opinion.

MO SEE CAL (PP: 3 ML 6-1) finished third by 7 3/4 lengths as the favorite in her last start, finishing behind winner and fellow contestant QUEEN BEE TO YOU. She needs to be on/near the lead all the way around the track to win. If she's not within the first three at the quarter pole, she's unlikely to score. Pace should work to her advantage as MIRTH is probably the only other true frontrunner in the field but will need to bring it to dirt. She could contend, but we do not like the late, hard fade in her last start. That can be a sign of a tired horse. We'll pass.

KIM K (PP: 8) is the last of horse with odds less than 10-1 at 8-1. She finished second in her last start at Los Alamitos on September 13th. She made a power move late in the 6 furlong start, gaining 4 3/4 lengths in the final 1/16th mile. She won her only other Los Al outing, running away from the pack in a 6 1/2 furlong affair. For whatever reason, she has a lot left late at Los Alamitos as she lost ground in seven of eight races elsewhere. The outlier was on the slop at Churchill. She's an apparent horse for the Los Alamitos course and should be included in your tickets and could pull off the upset.

Our handicapper also sees it as a competitive race and suggested a 4,5,6,8 Exacta Box to our Pro Subscribers.

There are sure to be some big winners that could help cover your Christmas shopping bills. Make sure you get all of today's picks here!