American entertainment legend Bob Hope once quipped, "horse racing is where people go to get cleaned by the windows." Windows being the lingo for where people placed their wagers at the track prior to the digital age. Let's see if we can help you turn the tables on the icon's snark and clean up in his namesake race at Del Mar. 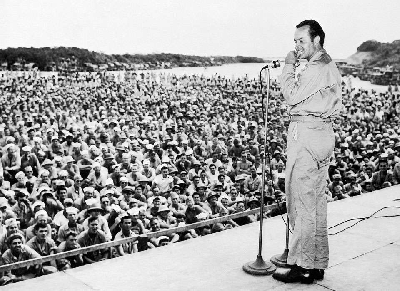 The 21st running of the Grade III, BOB HOPE STAKES features a half-dozen, two-year-old colts racing 7 furlongs on Del Mar's main track. Although it's not on the 2020 Road to the Kentucky Derby map, it's likely to include some derby hopefuls, like last year's winner MUCHO GUSTO.

THOUSAND WORDS is a million-dollar horse and cost more than the rest of the field combined. Obviously, owners Albaugh Family Stables LLC and Spendthrift Farm LLC expect big things from THOUSAND WORDS after writing a two-comma check for the Pioneerof the Nile and Pomeroys Pistol baby.

THOUSAND WORDS is stepping straight into graded stakes company after winning his debut as the 6/5 favorite. He stalked the field early, challenged the leader in the stretch, and pulled away at jockey Flavien Prat's urging. He's likely to show improvement in his second race out of the barn and that's with the top, last race speed figure for this crew.

Baffert's other horse, HIGH VELOCITY also won his maiden voyage as the 4/5 choice. He rode shotgun to leader PRINCE MAGICIAN until the last 16th before saying bye-bye, winning by an E-Z two lengths. He gets a jockey upgrade to Drayden Van Dyke, who has won four of his last nine when teaming up with Baffert. HIGH VELOCITY has four fast workouts since his October 13th win and should come out of the gates hot once again. 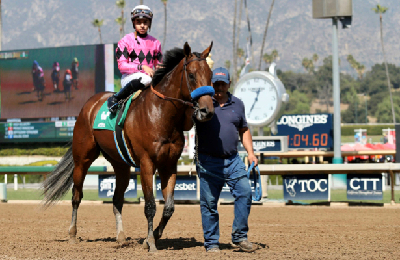 STRONGCONSTITUTION is the one oddsmakers believe can upset the Bob Baffert, Bob Hope party. He's the second choice at 9/5 after collecting place money by a neck in the $70k, non-graded Sunny Slope Stakes. A bobble at the start was probably the difference in his second career run and return to the track following a two-month layoff. The Doug O'Neill trainee is quick out of the gate and will need to be on/near the lead to give O'Neill his first Bob Hope crown.

On paper, and so far on the track, RAGER appears to have the best chance to find the winners' circle as one of the remaining three long shots. He's coming off a turf win in his debut despite a slow start as he blasted by three horses in the stretch, making up four lengths in the final steps. Trainer Andrew Lerner doesn't do the surface switch from turf to dirt frequently but wins at 35% when he does. It wouldn't be surprising for jockey Martin Garcia to ride in THOUSAND WORDS' shadow and see if his horse can outkick the favorite to the wire.

Our handicapper sees Baffert's horses running 1-2 with STRONGCONSTITUTION and RAGER filling out the back of the trifecta and superfecta. From our Pro-Subscribers' Bonus Commentary:

THOUSAND WORDS won his debut with the highest, last race speed figure, could be better in round two. HIGH VELOCITY also won his debut as the heavy favorite. STRONGCONSTITUTION finished second by a neck at a similar level in his second career and last start. RAGER is switching from turf in his debut to dirt, a 35% angle for trainer Andrew Lerner.

It will be hard to clean up at the window if the pre-race favorites finish 1-2-3; however, THOUSAND WORDS' debut run has the look of a horse with Grade I Stakes race potential. He could be a single at the top of exotic tickets as he likely has a lot more than he showed in his unveiling.