It's opening day for the autumn meet at Churchill Downs in south Louisville, Kentucky. The one-mile track opened in 1875. Oh my, that's long ago. Churchill was the brainchild of Meriwether Lewis Clark, Jr. If the name gives you that "wait a minute... that sounds familiar" feeling, it's because he was the grandson of famed explorer William Clark and, obviously, named after his fellow traveler, Meriwether Lewis. 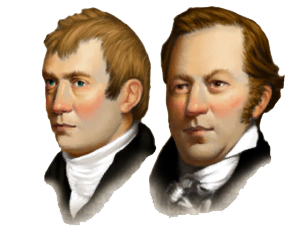 That's an incredible story, connecting grammar school history to the race track. It doesn't get any better than that.

From Churchill's past to its immediate future. October 28th is opening day, with two stakes races that have prize money of at least $100,000 and Trick or Treat for the kids. But the biggest treat at the home of the Kentucky Derby is next week's Breeders' Cup races. We will have full coverage of the Breeders' Cup, stay tuned in.

Today we will try to help you grow the size of your Breeders' Cup bankroll with our look at the two BIG-money races on the card.

Wouldn't we all like to go from rags-to-riches? That's another great American story. Nine two-year-old fillies will try to write their own story running one mile on the Churchill dirt. During the two week September meet, early speed won 10 of the 18 one-mile dirt races. However, only three of the 18 went wire-to-wire with the typical winner running third in the opening quarter and first or second at the half-mile marker.

Post-position also influenced outcomes with posts from four and out winning a majority of the races.

It's no surprise then that all three made our pro-subscribers' bonus commentary, but we believe another who everybody should love might get the top-spot.

"MOTHER MOTHER gets a slight nod over TAKE CHARGE ANGEL. MOTHER is dropping in class, which should help her regain debut form. TAKE CHARGE ANGEL smoked around Churchill in winning her debut by five. The only question is stretching out. INTO MYSTIC is the most expensive horse in the field. She's been the betting favorite in both races. She won her last and only a sliver of difference from top two. CHOCOLATE KISSES should run in the shadows of the front runners and try to pick them off late."

The Spendthrift Juvenile Stallion Stakes has its own interesting storyline. The race is only for two-year-olds sired by any Spendthrift owned stallion that stood at any Spendthrift Farm in Kentucky, or any other location, including Louisiana, Maryland, New York or Canada in the 2015 Breeding season.

Spendthrift is a thoroughbred breeding farm in Lexington, Kentucky. It's probably most notable for being the home of Triple Crown winner, Seattle Slew from 1979 to 1987. And in 1984, Queen Elizabeth visited the farm to find studs for her stable of horses.

Today, a field of nine will run 7-furlongs on dirt. So, the same biases are in play as the RAGS TO RICHES STAKES.

Our top two contenders fit the pace and post-position profile perfectly. A pair that will be coming late and start in the outside two gates fill out our primary selections. 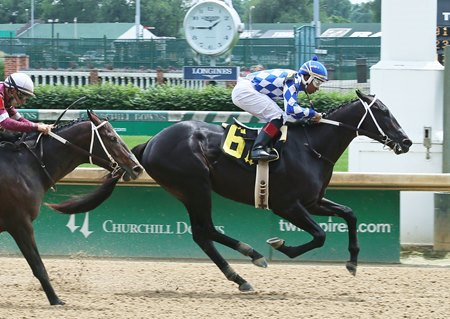 "B.B. DUDE came off the bench and ran his best speed rating. He should be better in his second start and is one for one at Churchill. DUNPH crushed it in his debut, winning by 8.5. He's getting his first dose of Lasix and ran a bullet workout on the 20th. He should be sharp with more stamina. NAUGHTER JOKER's jockey, Julio Garcia has some crazy stats - 40% wins and 53% win rate in sprints. No matter how the horse looks on paper, can't ignore those numbers. INTO THE SOUTH hasn't run a bad race and just improved fractions on grass, moving back to dirt could benefit."