Saturday Stakes: From the Cigar Mile's Winners' Circle to the three-year-old Horse of the Year for SECURITY?

Stewards won't be able to disqualify MAXIMUM SECURITY (PP: 5 ML 3/2) from most likely finishing first as the Eclipse Award three-year-old horse of the year if he wins the 2019 Cigar Mile.

All horseplayers, hardcore and casual, remember MAXIMUM SECURITY getting disqualified in the mud of the 2019 Kentucky Derby, finishing 17th despite being the first horse to cross the finish line. 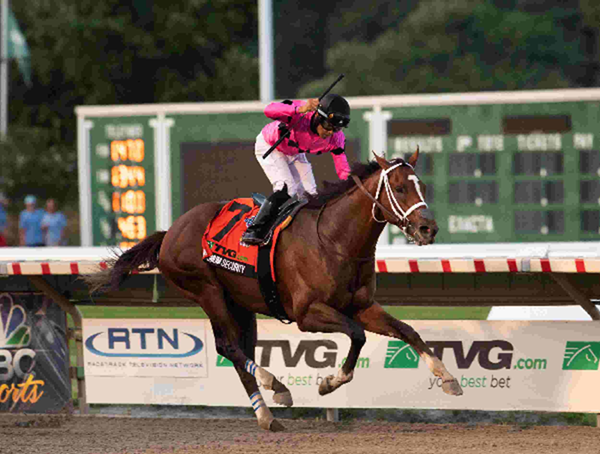 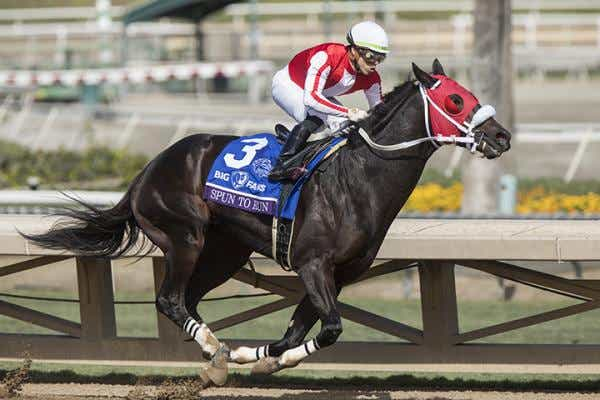 SPUN TO RUN winning the BC Dirt Mile

SPUN TO RUN's fractions suggest he's improved since the Haskell, but by nearly 10 lengths? Backers of owner Robert Donaldson's horse will point out that the Cigar Stakes is 1/16 mile shorter than the Haskell and that SPUN TO RUN is undefeated in three races at the Cigar's mile. However, MAXIMUM SECURITY was ahead by more than 4 lengths after one mile in the Haskell. The Cigar Mile will be MAXIMUM SECURITY's first try at the distance.

Of course, other horses feel they'll have a say in the Cigar Mile's outcome. Aqueduct's oddsmaker David Aragona lists only two of the other nine horses in the field with a morning line of less than 10-1. WHITMORE (PP: 1) and BAL HARBOUR (PP: 2) are both listed at 8-1.

WHITMORE is making his third start following a four-month layoff. He finished third in the Grade I, Breeders' Cup Sprint last out, running faster fractions than he did in his first start off the bench. He'll be running a route for the first time since finishing 19th of 20 in the 2016 Kentucky Derby. He's a closer and the extra distance could help but he's never won a race over 7 furlongs.

BAL HARBOUR, on the other hand, has three wins, a place and show in a handful of 1 mile efforts. He's coming off a third place by 7 1/2 lengths in the Grade II, Hagyard Fayette Stakes at Keeneland. Winning has been a problem for the Todd Pletcher trainee. BAL HARBOUR hasn't visited the winners' circle since winning the non-graded, Gio Ponti Stakes at… Aqueduct. Like the Cigar, the Gio Ponti is 1 mile on the main track. That's the good news. The bad news is that there were only three horses in the race on the slop.

It might payoff, better, for horseplayers to look beyond WHITMORE and BAL HARBOUR as potential challengers to MAXIMUM SECURITY and SPUN TO RUN.

Our handicapper has identified two longer-shots that could upset MAXIMUM SECURITY's path to the 2019, three-year-old Horse of the Year. Get our Cigar Mile Wagering Guide to find out which horses could shock in the Cigar Mile and all our winners in Aqueduct's six stakes races.