Saturday Stakes: Fillies Fight for a Breeders' Cup Bid in the COTILLION STAKES

It's a heavy schedule of Saturday Horse Racing Stakes races. There are 23 stakes races with at least $100,000 in prize money. Laurel Park and PARX do most of the heavy lifting, hosting eight and seven BIG money races, respectively. 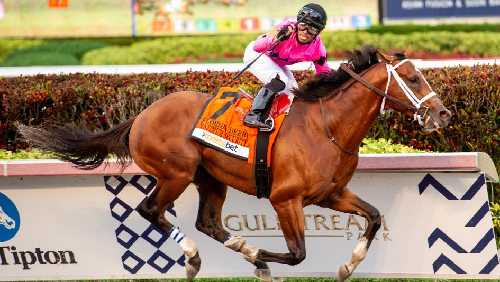 MAXIMUM SECURITY was scratched due to a large colon "nephrosplenic entrapment." WTH is that you might ask? MAXIMUM SECURITY's intestines shifted during a workout and got stuck on a ligament connecting the left kidney to the spleen. Apparently, it's a somewhat common condition in horse racing. Common or not, it sounds painful.

With the Pennsylvania Derby field down to six, we'll turn our focus to the other $1 million race, the COTILLION STAKES. The COTILLION STAKES is one of the win and in you are in Breeders' Cup Challenge Series races (as is the PENNSYLVANIA DERBY). Eleven three-year-old fillies will run 1 1/16 miles on PARX dirt. The winner gets the automatic bid into the Longines Distaff during the Breeders' Cup World Championships on November 1 & 2 at Santa Anita Park.

Oddsmakers believe the lightly raced GUARANA (PP: 8 ML 6/5) is the early favorite to make the trip to Southern California's Santa Anita Park. The Chad Brown trainee has hit the track just three times but won them all running on/near the lead. hasn't run since July 21st at Saratoga but has seven workouts in the books since, including a bullet in her last on September 14th. 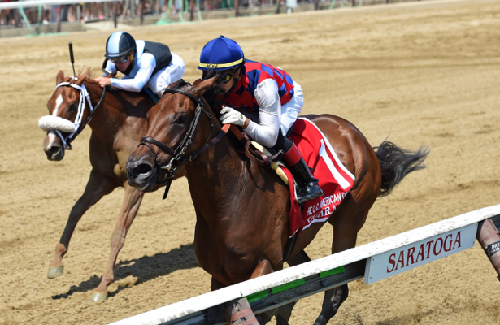 GUARANA should be a main contender for the COTILLION STAKES title; however, her path won't be easy. This field is loaded with talent and she'll need to get past the likes of Kentucky Oaks winner SERENGETI EXPRESS (PP: ML 7/2), Kentucky Oaks favorite BELLAFINA (PP: 10 ML 6-1) and the 2018 Breeders' Cup Juvenile Fillies champ JAYWALK (PP: 11 ML 6-1).

For SERENGETI EXPRESS to avenge her second-place finish to GUARANA in Belmont's, Grade I Acorn Stakes, jockey Irad Ortiz Jr. will need to position her on the lead coming out of PARX's second turn. She's five and O and never given up the lead in the stretch. Riding the fence should give her the opportunity to be on the lead early and in position to hold the lead all the way around the track.

BELLAFINA looked nearly unbeatable going into the Kentucky Oaks. She won six of her first eight races in mostly laughers and had excuses in her two misses. Then, she ran a disappointing fifth as the 9/5 Kentucky Oaks post-time favorite. A quick inspection of her past performance lines shows she's a west coast filly. She's finished 9 1/4, 8, and 9 1/4 lengths behind the winner outside Pacific Standard Time.

JAYWALK also looked dominate early in her career, winning four of her first five starts relatively easily, including a 7 1/2 length PARX score to break her maiden in her second try. She looked like a real powerhouse after smoking the Breeders' Cup Juvenile Fillies field by 5 1/2 lengths in an easy W; however, she's only won once in five starts since the BC. 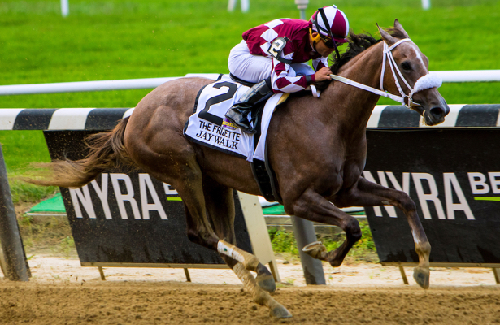 She looks to be in better form coming into the COTILLION STAKES as she cut her early fractions noticeably in her last start and second after a short layoff. If JAYWALK can step it up once more in the classic third start off the bench angle, she could get back to her winners' circle ways.

According to our PENNSYLVANIA DERBY Wagering Guide, this is how our handicapper ranks them.

"SERENGETI EXPRESS is a 50/50 horse. She has five wins in 10 fast dirt starts and two wins at the distance. If she has the lead out of the second turn, she's probably the winner. GUARANA has won three in a row, but her speed numbers slipped from race-to-race to race. She'll need to return to her early form to make it four in a row. BELLAFINA returns to work after a 49-day rest. She's won two of her last three first starts off the bench. JAYWALK is one for one at PARX and has two wins, a second and third at the distance."