With the White House's new opening the economy, coronavirus guidelines, more horse racing tracks should begin the return to racing in the next couple of weeks. We expect to see much of the south and midwest states up and running before the northeast and west coast.

This weekend could be one of the last with a condensed schedule and a limited number of stakes races with jackpots of at least $100,000. We can't wait, but for now, we are still living the lockdown lifestyle with just a pair of six-figure races, both at Oaklawn Park.

The Count Fleet Sprint fields 11 horses, racing 6 furlongs on Oaklawn's main track. The distance and surface combo favors early speed with winners in 166 of the 255 (65%) races. A whopping 74 raced wire-to-wire into the winners' circle. Five of the 11 horses in the Grade III race have at least one wire-to-wire W in their last 10 races.

FLAGSTAFF (PP: 2 ML 7/2) is always near the lead but rarely on the front. The six-year-old wired the field in his second start, 10 races ago, breaking his maiden at Santa Anita. Typically, trainer John Sadler's horse runs about 1 1/2 to 2 lengths behind the leader(s) and tries to strike after the half-mile marker. 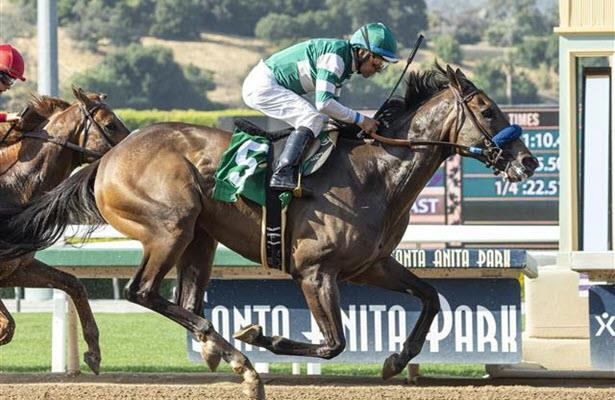 It's been effective for FLAGSTAFF as he's finished in-the-money in 10 of 11 races. He just failed to fire and had no excuses in the lone miss. He's also been strong at the distance with a win, two seconds and a third in four starts.

FLAGSTAFF is a contender for the top of the ticket.

BOBBY'S WICKED ONE (PP: 4 ML 3-1) has a handful of gate-to-wire wins in his last 10 starts, including his last two efforts. All of those Ws came after trainer Albert Stall, Jr switched to jockey Miguel Mena. The five-year-old son of SPEIGHTSTOWN has five wins, a second by a nose and a pair of eights in Mena's eight mounts. One of the out-of-the-money efforts was BOBBY'S WICKED ONE's lone trip on grass. He bobbled badly and stopped after a half-mile in the other off-the-board run.

If BOBBY'S WICKED ONE gets off to a clean start, he is the most likely wire-to-wire candidate and our top pick.

MR. JAGERMEISTER (PP: 6 ML 15-1) has a pair of wins in his last 10 efforts with nothing but 1s on the past performance lines. He tried in his last race to make it three but faded hard late in a 6 furlong run at Oaklawn. Tiring late is not unusual for the longshot when he has company after a 1/2 mile, falling back six of seven if another horse was within a length.

It's impossible to see a scenario where MR. JAGERMEISTER gets away from the rest of this field. So, another fade is likely but that doesn't mean he'll be off the board, especially at today's distance. He has collected a top three check-in 12 of 13 outings at 6 furlongs.

HIDDEN SCROLL (PP: 7 ML 4-1) took a long break from racing, resting in the barn from May 4, 2019, until returning to the track on March 1, 2020. The extended layoff appeared to be like milk, it did a horse good. William Mott's trainee came off the sidelines to smoke a field of seven by 12 lengths, expanding his lead all the way around the track. 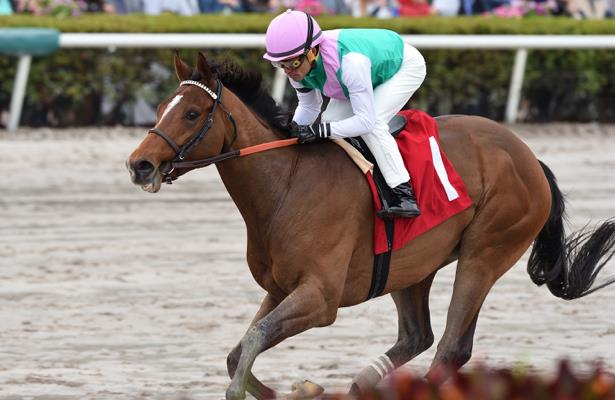 He led by a 1/2 length at the quarter-pole, three lengths after a half-mile, nine lengths in the stretch and finished ‘em off by a dozen at the tape. The run produced the highest, last race speed figure and another similar effort should equal a similar result.

HIDDEN SCROLL is another top-tier candidate and could win.

SHARE THE UPSIDE (PP: 10 ML 10-1) is the last of the wire-to-wire candidates. He tends to hug the leaders rather than pull the cart, similar to FLAGSTAFF. His lone win leading all the way around the track in his last 10 as two races ago. He popped his all-time speed figure in the score.

Hitting a high note at Oaklawn isn't out of the ordinary for SHARE THE UPSIDE. He has four wins and a second at the Hot Springs, Arkansas track. He has just one win in eight races elsewhere. Despite the great numbers at Oaklawn, this field could be a bit above his ability as he's finished behind many others in crew.

It's not surprising to see our handicapper has many of the speed horses in our Pro Subscribers' Bonus Commentary:

BOBBY'S WICKED ONE has five wins and two seconds in eight races at the distance. WHITMORE is another that's a beast at the distance, hitting the board in 19 of 20 starts. FLAGSTAFF has finished in-the-money in 10 of 11 starts and is making his third start after a layoff; a 19% winner for trainer John Sadler. HIDDEN SCROLL ran the highest, last race speed figure by a decent margin, winning by 12 in a laugher.

For the record, MR. JAGERMEISTER and SHARE THE UPSIDE are our two alternative picks.