Saturday Stakes: As many as five could emerge from the Florida Derby

The news about coronavirus appears to be getting better, however slightly. Some experts believe the virus could be seasonal and empirical data – not computer models – suggest the virus won't be nearly as bad as the doomsday scenarios dominating the internet and tv screens. Some are even projecting COVID-19 could peak in the next two to three weeks.

Hopefully, the emerging optimism proves to be more accurate than predictions of millions of dead people. If so, much of the world might be able to get close to normal, including the sports world, sooner than later. Perhaps, tracks could start to reopen by early-to-mid May and in full swing by September's running of the 2020 Kentucky Derby.

We know for sure that a few more horses will run their way into Churchill Downs' starting gates for the first Saturday of September, doesn't flow as well as the first Saturday of May, does it? The Florida Derby awards 100 points to the winner, 40 for second, 20 for third and 10 to close out the superfecta.

The condensed remaining Derby schedule and uncertainty of when/if postponed qualifying races will be rescheduled puts extra importance on the remaining races, like the Florida Derby. It also means the fields will be packed with talent.

And the Florida Derby is loaded with talent. Depending on how things shake out, as many as five horses in the field could run for the roses. Since the implementation of the points system in 2013, every horse that accumulated 38 points or more qualified.

ETE INDIEN (PP: 12 ML 4-1) is already in with 54 points. TIZ THE LAW (PP: 7 ML 6/5) currently has 22 points. A fourth-place finish would make him borderline with 32, third would be in at 42. CANDY TYCOON (PP: 10 ML 20-1) is 19th on the leaderboard with 20 points. He too would be borderline with a fourth-place finish and a likely for sure with a show finish. INDEPENDENCE HALL (PP: 9 ML 9/2) has 14 points to his name. Third place would give him a shot, especially if some of the postponed races are cancelled and the minimum points needed falls to the upper 20s.

Of course, the winner and place horse would exceed the 38-point threshold. If ETE INDIEN ran off the board, CANDY TYCOON or INDEPENDENCE HALL third and TIZ THE LAW fourth, five from the Florida Derby field could meet again in Kentucky. That would be a quarter of the Derby field.

But that's not how we see it playing out. Our handicapper ranks these as the top five in our Florida Derby Wager Guide. 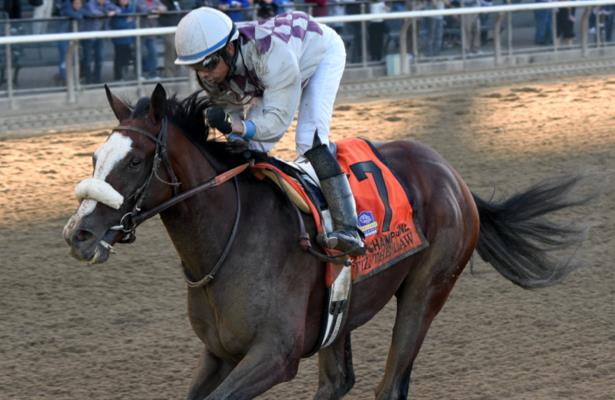 Tiz the Law at Belmont Park

If TIZ THE LAW is ready to run following nearly two months in the barn, the he is likely to be the class of the field. He topped ETE INDIEN without much of a challenge when the pair of pre-race favorites met in the Holy Bull Stakes. Despite, ETE INDIEN's strong performance in the Fountain of Youth Stakes, his time was a second slower than the Holy Bull's winning time.

The duo has consistently posted the top speed figures of the 12 entrants. INDEPENDENCE HALL isn't too far behind but backed up late in his last race and first at more than a mile. Today is a 1/16 mile longer than his second-place finish in the Sam F Davis Stakes at Tampa.

AS SEEN ON TV (PP: 1 ML 12-1) is another with top-end speed figures, posting triple-digits in two of his five starts. He also lost ground the first time he ran more than a mile in the Fountain of Youth, falling 8 3/4 lengths behind ETE INDIEN. Once again, the extra 1/16 could be an issue. 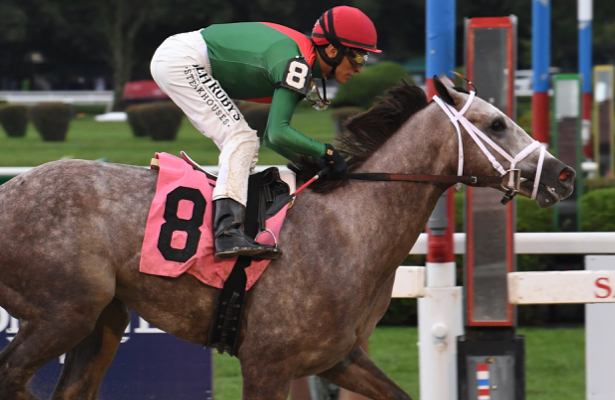 GOUVERNEUR MORRIS (PP: 5 ML 8-1) is lightly raced but has gotten better in each of his three starts. He could pop a 100+ speed figure if the trend continues. He extended his lead at the wire in his last race and second at more than a mile. It was his first race since early October and is likely to be better in his second start off the sidelines.

Here's how we ranked them:


The Florida Derby is one of nine stakes races with at least $100,000 in prize money on Gulfstream's card of 14 and covered in our Wager Guide. Each race features overflowing, competitive fields and should make for a great betting day for horseplayers.