Saturday was supposed to host three Championship Series, Kentucky Derby qualifying races with the winners receiving 50 points, 20 points for second, 10 for third and 5 for fourth, added to their Derby qualifying totals.

Based on 2018's final Kentucky Derby Standings, it's likely the winners of the Tampa Bay Derby, Gotham Stakes, and San Felipe Stakes will earn enough points to make a run for the 2019 roses.

Unfortunately, a rash of horse deaths at Santa Anita forced the owners to temporarily close the famed Southern California track to "take a step back and evaluate everything." Owners think it's possible that heavy rains and unusual cold may have played a factor in track conditions as "the tracks out here are built not for weather like that," said Tim Ritvo, chief operating officer of The Stronach Group in an Associated Press article.

In Gotham City, a.k.a. New York, New York, eight three-year-old horses will race 1-mile on Aqueduct's main track. The inaugural race ran in 1953 at Jamaica Racetrack and moved to Aqueduct in 1960. The most famous alum of the Gotham Stakes is 1973 Triple-Crown winner SECRETARIAT.

#26 ranked NOT THAT BRADY

But none of them get the honor as the morning-line favorite. That goes to INSTAGRAND (PP: 6 ML 1-1). The even-money favorite hasn't raced since August 11, 2018 at Del Mar Park when he won the Grade II Best Pal Stakes by 10 lengths in his second career start. He won by 10, too, in his debut.


If INSTAGRAND comes off the bench ready and wins another in SECRETARIAT style, he will catapult into the first tier of 2019 Kentucky Derby contenders with WAR OF WILL, GAME WINNER, and CODE OF HONOR.

Our handicapper believes it's possible INSTAGRAND might need a race before returning to form. From our Pro Subscribers' bonus commentary:

"You can make a case for seven horses in this field. It is a very competitive race. We give the nod to MIND CONTROL as he ran his best race at 1-mile on Aqueduct dirt, just like today. INSTAGRAND would have been top choice, but he's been off since August 11, 2018. He won his first two races by 10 lengths each, but recent workouts are ehh. MUCH BETTER is making his third start after a layoff and all-world trainer Bob Baffert wins at 26% in third starts and at 33% with shippers. KNICKS GO has bombed in his last two races, but back-class says he can't be overlooked."

The Tampa Bay Derby kicked off in 1981 with PARISTO getting the initial race. In 2002, the race was upgraded to a Grade III stakes race and Grade II in 2011. STREET SENSE was the first Tampa Bay Derby horse to run in the 2007 KD and SUPER SAVER won the Kentucky Derby in 2010 after finishing third in the Tampa Bay Derby. 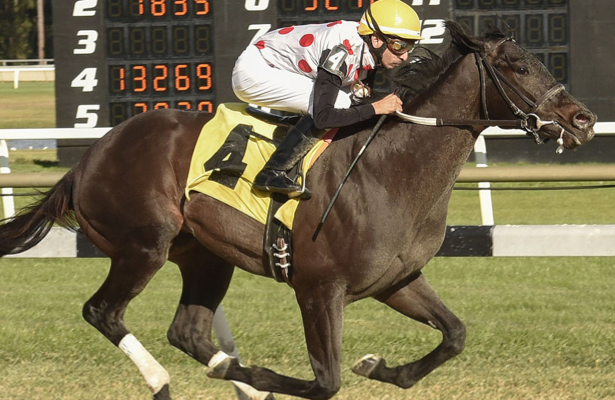 Oddsmakers put WIN WIN WIN (PP: 7) as the tepid 5/2 morning-line favorite. He's won three of four career starts, including a 7 1/4 length track record 7-furlong win in his last, the Pasco Stakes at Tampa Bay Downs. Saturday's run will be his first route. WIN's trainer Michael Trombetta wins at 12% with horses stretching out for the first time.

We do expect WIN WIN WIN to be a major factor in the Tampa Bay Derby.

"WELL DEFINED is making his third start after a layoff. Trainer Kathleen O'Connell wins third starts at 17%. ZENDEN is running a route for the first time. Trainer Victor Barboza, Jr. scores at 25% going from sprint to route. WIN WIN WIN has the highest last race speed figure and has won three of three on fast dirt. OUTSHINE came off the sidelines to run his best speed figure by a wide margin. Two recent works suggest round two could be better."

After Saturday, two horses are likely to punch their tickets for the first Saturday in May at Churchill Downs. It's sad that it is not three.

Good luck at the races and keep it here as the road to the 2019 Kentucky Derby rolls on.