Saturday Stakes: AUTHENTIC is the horse to Beat in the Santa Anita Derby

BONUS: Listen to our third episode of The Player's Edge for more detailed analysis and picks for the HOLLYWOOD GOLD CUP at Santa Anita!

Tracks are popping up like popcorn when the pan hits the right temperature. Pop, pop, pop, 21 tracks are running and there are 14, yes 14 stakes races with at least $100,000 in prize money. It so good to get back to mostly normal. Next up, fans returning to the stands.

The Santa Anita Derby is the most consequential race of the day. It's a qualifying race on the Detour to the 2020 Kentucky Derby. The winner gets a free pass into the derby with 100 points, the place horse likely gets an invite too with 40 points, third and fourth will have more work to do with 20 and 10, respectively.

Trainer Bob Baffert's AUTHENTIC (PP: 7 ML 4/5) headlines Santa Anita's 8th race. Seven will run 1 1/8 miles on the main track. Prior to the COVID 19 shutdown, there were 16 route races on dirt, 15 of the winners were labeled as early speed with nine of the 15 leading from gate to wire. 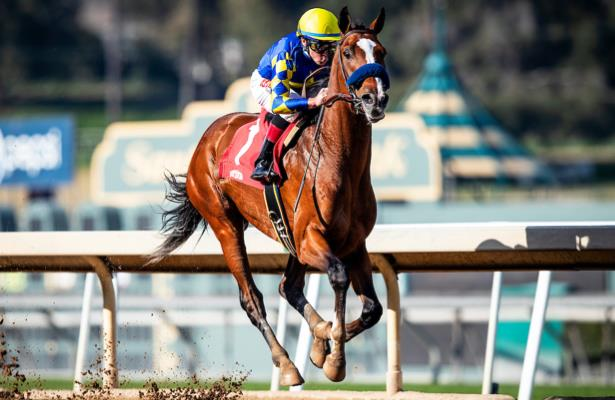 Which horses have the best chance to go wire to wire? Let's start with the favorite, AUTHENTIC. The three-year-old son of INTO MISCHIEF is undefeated in three starts. He was second in his debut until the ½ mile marker before taking over. He hasn't seen the backside of another horse since. His last two races were on Santa Anita's main track, putting up the highest, last race speed figure.

Jockey Abel Cedillo with try to take SHOOTERS SHOOT (PP: 3 ML 8-1) to the front to challenge for the lead. He ran second by a head for the first half mile in his last race before necking out a win. He broke his maiden in the prior race with 1s across the past performance line.

Both SHOOTERS SHOOT and AUTHENTIC raced 1 mile at Santa Anita. SHOOTERS SHOOT's fractions were a bit faster than AUTHENTIC's. So, the favorite's path to the winners' circle could look more like his debut than his last two unchallenged Ws.

RUSHIE (PP: 2 ML 8-1) will try to make it three. In his pair of wins, he ran first or second out of the box and stayed there through the half mile marker. In his pair of non-wins, he got off to a slow start on faded as the race went on. He too raced 1 mile at the world's most beautiful track. His fractions were a tick or two slower than SHOOTERS SHOOT and AUTHENTIC's times. 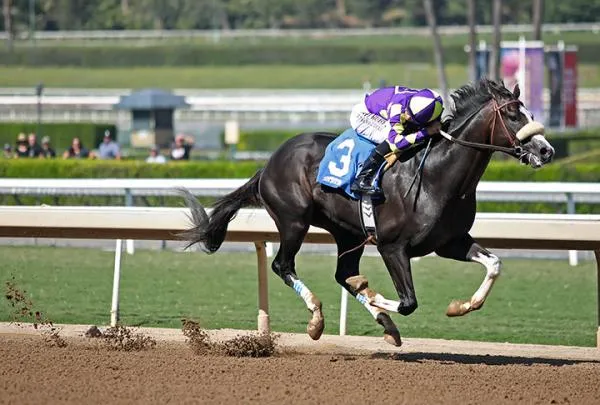 Lurking in the shadows of the leaders should be HONOR A. P. (PP: 6 ML 9/5). He finished a well beaten second to AUTHENTIC in the Grade II, San Felipe Stakes. The truth is he was never in the race. However, it was his first run in five-months; so, he might have been rusty and needed one before hitting form. He's been training well since and could be better in the San Anita Derby than he was in the San Felipe Stakes.

Our handicapper has two of the speed horses in our Pro Subscribers' bonus commentary:

"It's AUTHENTIC's race to win. If he gets a clean tip, should be four for four and locked into the 2020 Kentucky Derby. HONOR A. P. is training well and could be the one with the best chance to upset the favorite. RUSHIE is making his second start after a layoff. His history suggests he'll show major improvement in round two. ANNEAU D'OR has the back class but hasn't run to that level in his last two. If he can run back, then he'll have a chance."

We have SHOOTERS SHOOT and FRIAR'S ROAD (PP: 1 ML 20-1) as out two alternative picks, as the latter gets to ride the 32% winning rail, which is too strong of an angle to overlook.