If stakes racing is your thing, today is your day as it's a crazy, busy Saturday of stakes races with prize money of at least $100,000. There are 29, yes 29 BIG races with at least six-figure payouts. While all the stakes races are consequential, especially for the winning owners, four will have lasting after-effects and will help shape November's Breeders' Cup races.

The winner is entered into the Breeders' Cup Sprint

The winner is entered into the Breeders' Cup Classic

The winner is entered into the Breeders' Cup Filly & Mare Turf

The winner is entered into the Breeders' Cup Classic

Our favorite of the four is Belmont's JOCKEY CLUB STAKES, featuring two of the top, pre-Breeders' Cup favorites: CODE OF HONOR and TACITUS. 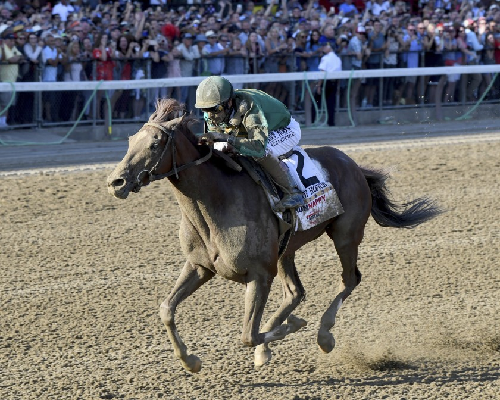 CODE OF HONOR (PP: 2) is currently the second favorite for the Breeders' Cup at +800 according to BetOnline.com. (MCKINZIE is the top choice at +400 and is running in Santa Anita's AWESOME AGAIN STAKES). Claude McGaughey, III's trainee is the morning-line favorite at 8/5 to win the JOCKEY CLUB STAKES.

He'll be making his second start after six-weeks in the barn. John Velazquez rode CODE OF HONOR to a three-length win in his last race, winning Saratoga's Grade I Travers Stakes with the horse's top speed figure and best, last race number for the short field.

TACITUS (PP: 1 ML 5/2) was the public's choice to make it to the Travers' winners' circle and is tied for the seventh favorite to win the Breeders' Cup Classic at +1800. He road shotgun into the Travers' stretch before giving way to CODE OF HONOR. Trainer William Mott rebounds at 22% the next time around the track with beaten favorites.

Despite the disappointment, TACITUS lowered his quarter-mile, half-mile and six-furlong fraction while running his personal best speed figure. TACITUS should be at/near his best for jockey Jose Ortiz in his third start after a short layoff.

VINO ROSSO (PP: 3 ML 7/2) might be overlooked as he has just five wins in 13 starts. However, some of the horses that beat him to the wire include MCKINZIE, CATHOLIC BOY and JUSTIFY. There is no shame coming home behind those names, most have. 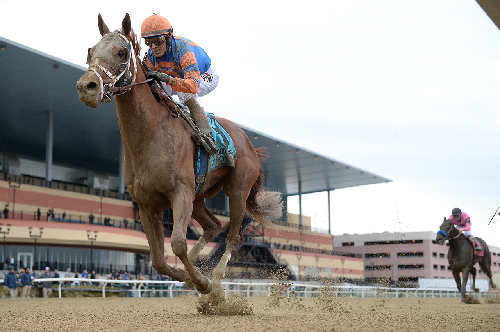 Todd Pletcher hasn't run VINO ROSSO since August third in Saratoga's Whitney Stakes where he finished third behind MCKINZIE and YOSHIDA. Since, the four-year-old has worked out four times with a pair of bullets. His history suggests he'll come off the sidelines ready to run. He's hit the board in each of his four starts after a layoff, including W's in two of the last three.

PRESERAVTIONIST (PP: 4 ML 9/5) has won four of his last five outings and has two wins with a second in three Belmont races. He's run five consecutive triple-digit speed figures and hit at least a hundy in seven of eight. The rest of the field has a combined nine speed numbers that hit 100 or more.

Like VINO ROSSO, he ran in the Whitney, but finished a distant fourth by 7 3/4 lengths after hustling to the lead and putting on the brakes late. That was a field of seven; so, he should benefit from a shorter field and could be on the front dictating pace.

OLYMPIC VILLAGE (PP: 5 ML 30-1) rounds out the five-horse field and won his last three efforts. He's taking a GIANT step forward after running and being claimed in a $75k claimer at Saratoga despite early trouble. Anything can happen in a short field, especially at the right pace. OLYMPIC VILLAGE could find his way into the Breeders' Cup Classic on the lead with a slow pace with enough to hang on late, but we put it happening at about 30-1.

Our handicapper believes VINO ROSSO could be the one to punch his ticket to the Breeders' Cup Classic in our Pro Subscriber's Bonus Commentary.