KEENELAND BIAS: a Tale of Speed and Post Position

Although Keeneland's fall meet is abbreviated, Kentucky horse racing in October is a bettor's version of the Tale of Two Cities. We'll modify the famous quote to fit our needs, Keeneland is the best of times and the worst of times for horse players. 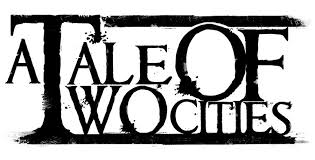 It is the best of times because anything can and does happen at Keeneland. It's a barrage of bombs coming home first and in-the-money, lighting up tickets that have it right. It's the worst of times because bombs coming home first and in-the-money blow up tickets that don't have it right.

We'll use the wisdom of data to uncover some Keeneland biases, to help handicappers get an edge for the remaining days of the autumn meet.

The first pearl of knowledge that stands out when spending hours entering data into an excel sheet is that jockeys rarely win two races a day at Keeneland. It is like lottery ping-pong balls, once one comes out of the swirl-wind, gumball-machine, it's done for the day.

The same holds nearly true at Keeneland. Sometimes, a jockey wins multiple races on one card. From a handicapping standpoint, if a jockey has won his allotment of one for the day, it might make sense to cross him/her off for the rest of the day as a possible winner. If the rider doubles up one out of 10 races, that eliminates a horse in 90% of the races.

The most common race at Keeneland is 6-furlongs on the dirt. So far, the distance and surface hosted 17 races. Eight of the 17 winners started the race on the rail or in the two spot, four each. An even stronger tendency is 10 of the 17 to hit the tape first also got out of the gates early. Six to claim first went wire-to-wire and four ran second from the jump.

Those who raced around the track up front ran slightly faster fractions after the opening quarter-mile than the average winning time for 6-furlongs. The typical winner runs the opening 1/4 mile in 22.72; whereas the gate-and-go types put in opening quarters of 22.74, essentially the same. It's in next three furlongs that races are won for front-runners.

When hunting for speed types at 6-furlongs on the dirt, first make sure the jockey hasn't won already, and then identify entrants that can run a 1/2 mile in 46.29 and five-furlongs in 58.27. That's the profile of the most common profile of a winner at Keeneland's most common distance and surface.

Add a furlong to 7-furlongs, and the two inside post positions advantage disappears. In fact, posts seven and eight have won the same number of races as one and two. Overall, seven of the 13 race victors started in the four-hole and out. That's a slight edge.

While posts don't have the same influence, early speed is still the play. Six of thirteen to win the lion's share of 7-furlongs, dirt prize money got to the lead early and never looked back. Two more ran second until the stretch.

The play at 7-dirt furlongs is early speed without an emphasis on post position. One-mile and a sixteenth is the only other distance and surface with enough data to draw some conclusions. Once again, we find that post-positions heavily influence outcomes. Runners starting in the first four spots dominate the track at 1 1/16th miles on dirt, winning 10 of 14 contests.

Handicappers would be wise to find the best horse in the inside four with 70% of Ws concentrated in those posts. From there, horses with quick first steps is where the money is at as seven of 14 to take the crown ran first or second. Add two more that ran third in the opening quarter, and nine of 14 to win the gold ran one, two or three.

The best of time tale for Keeneland players are dirt races, especially 1 1/16th and 6-furlongs as both offer two edges, speed and post positions. Inside runners that get off to the fastest starts have roughly a 50% chance of coming home first. Put in tote-board terms, that's 1-1 odds. Anything higher than that, and you've put probability on your side and most likely a positive return-on-investment.

In preparing and strategizing for the day, Keeneland horse players might review past-performance sheets for 6 furlong and 1 1/16th miles dirt races. Look closely to see if any has a lone speed horse occupying the inside four posts. If so, he/she is a strong candidate for a straight win bet, to wheel in exactas, trifectas, superfectas and single for doubles, pick 3 and pick 4 races.

The pick will be an even stronger play if the jockey is searching for his/her first win of the day.

We hope these BIAS insights help you identify more winners and cash more tickets at the track.

GET OUR FULL CARD KEENELAND PICKS PLUS ALL OTHER TRACKS!