Saturday Stakes: Fun in New Orleans and Money in the Fort Lauderdale Stakes

I don't know about you but watching quarter horse races reminds me of lottery ping pong balls blowing around inside the globe before rolling out like a gum ball. They slam into one another at the start, veer out, take crazy paths and finish the races like puppies storming their owners after being home alone all day. A lot of excitement in a few seconds, and just like lottery ping pong balls, any number combination is possible.

Fun should be the word of the day at Fair Grounds, the norm for N'Orleans, but our favorite race is the ninth at Gulfstream: The $200,000 Grade II, FT. LAUDERDALE STAKES. It's a competitive field of nine without a clear-cut favorite. CHANNEL CAT (PP: 5) is the morning-line choice at 3-1 to hit the tape first after 1 1/8 miles on Gulfstream grass. 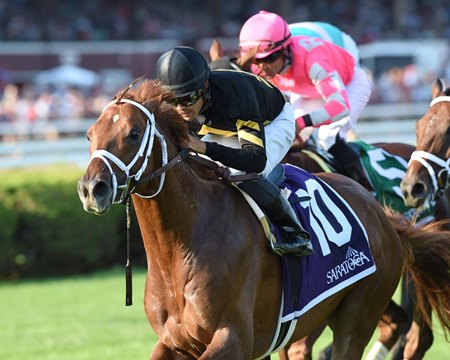 CHANNEL CAT tied for the highest last race speed figure and is dropping in class from the Grade I, Breeders' Cup Turf. The seventh-place finish was his fifth straight triple-digit speed number. The rest of the field as seven combined in their last 10 starts. Dropping in class with the top, last race speed number is one of our favorite handicapping angles. As such, he is our top choice in the FT. LAUDERDALE STAKES.

Jockey and trainer combos are another handicapping tool horseplayers should employ. Irad Ortiz, Jr. and money leading trainer Chad Brown win at 31% when they team up. Today, the duo works together with INSTILLED REGARD (PP: 4 ML 8-1). The four-year-old colt is making his second start after six-months in the barn. INSTILLED REGARD's recent history suggests he'll bump up his game in race two off the bench and Brown scores at 24% in second starts. We wouldn't be surprised to see the line drop from 8-1 by post time. 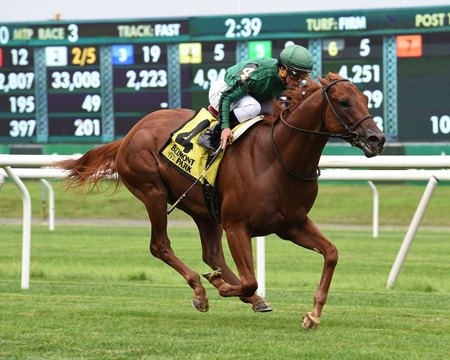 Up the Ante at Belmont Park

Patterns or cycles are yet another handicapping angle that should be a part of your repertoire. UP THE ANTE (PP: 6 ML 6-1) is making his first start since September 21, 2019. His works have been eh to blah since finishing fourth at Laurel. However, you can't help but notice that UP THE ANTE has done some of his best work in his first race after a rest, especially on grass. Christophe Clement's trainee has finished first, second and second in his last three first starts off the bench, all on grass. He should be a contender if the pattern/cycle holds.

Recent form can never, ever be overlooked. CROSS BORDER (PP: 7 ML 7/2) ran his top two speed numbers in his last two efforts - check. He's a head away from winning seven of his last eight starts - check. He checked in the first turn in the lone miss. And he's won his only two starts at the distance/surface - check. CROSS BORDER should be a major player in the FT. LAUDERDALE STAKES.