Saturday Stakes: Lecomte Stakes is the next stop on the Road to the Kentucky Derby

Some things let you know that the holidays are over and spring isn't too far away: traffic returns to normal, work is routine, the kids are complaining about too much homework and the number of Saturday stakes races moves into double digits.

Traffic sucks, work blends from day to day, kids feel overworked by their teachers and 22 stakes races with $100,000 or more on Saturday's schedule. Fair Grounds, Gulfstream Park and Santa Anita dominate the stakes card with 15 of the 22 big money runs.

We've got the five Sunshine Millions races covered in our Sunshine Millions Wager Guide. As always, we have complete coverage on the four Millions races at Gulfstream and one at Santa Anita: Top Contenders, Value and Long Shot commentary, early pace set up, each horse's running style, our picks, the play and suggested exacta and trifecta wagers.

Don't miss out, get your Sunshine Millions Wager Guide.

Outside of the Millions races, the Grade III, Lecomte Stakes at Fair Grounds is the day's most consequential of the day. It's a 2020 Kentucky Derby qualifying race with the winner getting 10 points, four for second, two for third and one for finishing fourth.

Fourteen horses will cover 1 1/16 miles on the Fair Grounds main track looking to pocket some Kentucky Derby points. Twelve of the 14 seek to get off the goose egg and collect their first. FINNICK THE FIERCE (PP: 1 ML 15-1) and SCABBARD (PP: 4 ML 7/2) will try to add to their totals and move closer to leader STORM THE COURT's 22 points. 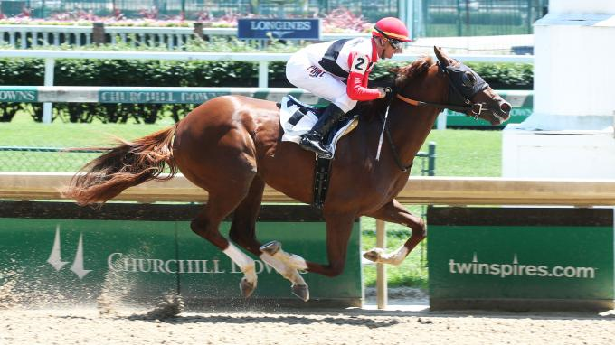 FINNICK THE FIERCE will leave the gate with four points and SCABBARD with six. If either win, they will move into sole possession of second place, moving ahead ANNEAU D'OR and TIZ THE LAW, both with 12 points in their column.

Both FINNICK THE FIERCE and SCABBARD made our top six selections for the Lecomte Stakes.

FINNICK THE FIERCE is one of our alternate selections and is making his first start since November 30th. He finished second by 3/4 lengths in the Grade II, Kentucky Jockey Club Stakes at Churchill Downs. He gets the benefit of the 18% winning rail and two recent bullet workouts suggest he'll return to the track firing. Fifteen to one odds look too high. 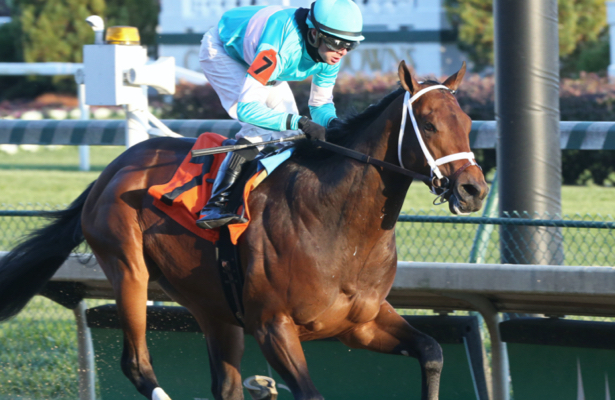 Mr. Monomoy at Churchill Downs, too

MR. MONOMOY (PP: 2 ML 9/2) is the brother of the lady Super Star, MONOMOY GIRL. He is coming off a second-place finish as the favorite, missing by a head to LYNN'S MAP (PP: 6 ML 6-1) on a sloppy track. Trainer Brad Cox bounces back the next time around the track at 31% with defeated chalk. He should be better in his second route.

SCABBARD has run against the toughest competition, by a wide margin. Despite the tough company, he's finished no worse than fourth in the Breeders' Cup Juvenile. His speed figures suggest he is one of the main contenders as does his resume.

HALO AGAIN (PP: 7 ML 15-1) is undefeated in two starts and had issues in both. He was bumped in his debut and still pulled away from the field. He has to re-rally in start number two, moving from third to fifth in the stretch and then made a power move for the win. He's also the most expensive horse in the field, costing $600,000. If he can get a clean trip, we might know why owners Winchell Thoroughbreds LLC and Willis Horton Racing LLC bucked up.

SILVER STATE (PP: 9 ML 5-1) is another that's yet to have a clean trip in two starts. He got off to a slow start in his first race out of the barn, and then won by 9 3/4 lengths as the favorite, In round two, he couldn't overcome being bumped at the start, losing on a head-bob at the wire. He's the second most costly horse of the 14, at $450k, lookout if he gets a clean trip.

Our last Alternative Pick is BANGO (PP: 11 ML 20-1). He's a longshot, as his odds show, and lost his last race as the public's choice at post-time. Trainer Gregory Foley won the next time out with three of the last 10 times with a beaten favorite. Plus. Foley and jockey Marcelino Pedroza have won two of their last three together. Finally, after a fourth in his debut, BANGO hit the board in his last four outings.

Here is how we stacked our top four picks in our Pro Subscribers Bonus Commentary.

"SILVER STATE finished second by a nose as the chalk in his last outing. Trainer Steve Asmussen rebounds at 26% with beaten favorites. SCABBARD has a win and two seconds in three races with jockey Corey Lanerie aboard. He rides again after skipping the last, a fourth in the Breeders' Cup Juvenile. MR. MONOMOY is running his second route, a 37% angle for trainer Brad Cox. HALO AGAIN is undefeated in two starts and made up a lot of ground late in both."