It's a light Sunday for stakes races with $100,000 in prize money as only five are on the schedule.

All the stakes races at Toronto's Woodbine Racecourse feature two-year-old horses. Frankly, the terrible twos are unpredictable. They can run like a Triple Crown champ in one start and like a low-level claimer in the next. So, let's break down the LOS ALAMITOS SPECIAL horse by horse.

FRENCH GATEWAY (ML 2-1) rides the rail, which has one win in seven tries during the current Los Al thoroughbred meet. The six-year-old won his second start following a layoff of nearly two-years. He hasn't raced in more than 50-days and his workouts have been OK since his last race on July 5th. He's stepping up in class and switching from turf to dirt, a combination that's failed for him in the past. 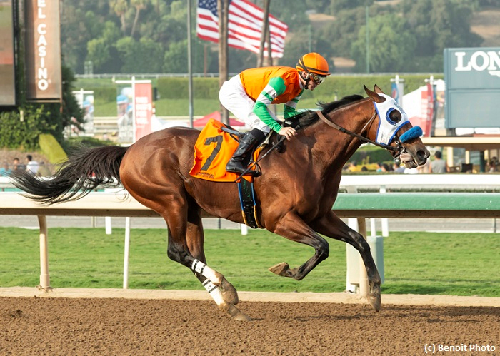 ACKER (PP: 2 ML 9/5) has run nine of his last 10 starts on grass; however, the lone dirt run was a win with his lifetime best speed figure. He finished third last out at Del Mar, recording the highest last race speed figure. His running style should have ACKER on or near the lead, which fits Los Als bias. Six of the seven dirt route winners during the current meet were labeled early speed.

SOUL BEAM (PP: 3 ML 6-1) has run 10 in a row on turf but has some fast works on Del Mar dirt leading up to today's outing. Dirt might be the better surface for the four-year-old as he has a win and place in four races. Meanwhile, SOUL BEAM only has a second and third in 11 grass goes. He's making his fourth start off the bench and improved his ½ mile fraction by more than 1.5 seconds in his last race. That can be a good sign for the next race. 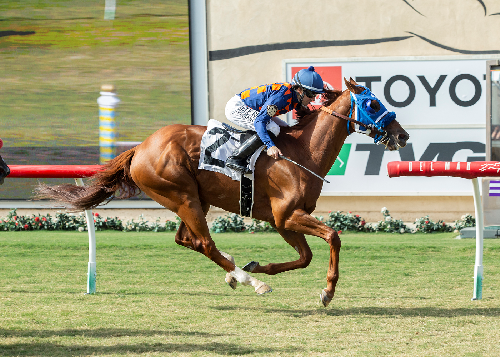 ZESTFUL (PP: 5) is the slight morning line favorite over ACKER at 8/5. It's easy to see why the oddsmaker would out the Mark Glatt trainee on top. He's won five in a row in gate to wire fashion. He never saw the backside of another horse during the win streak. Prior to the five Ws, he finished second by a 1/2 length, second by a nose and won by 7. He's flipping from turf to dirt, which shouldn't be a problem as Glatt wins at 18% with the surface switch.

MEISTERMIND (PP: 5 ML 15-1) is making his third start off the sidelines and first for trainer Mark Glatt. The trainer wins start threes at 25% and at 24% with horse making their first start for him after a claim. MEISTERMIND is taking a big step up in class after winning a $12,500 claimer at Los Alamitos. Jockey Assael Espinoza has been on fire, winning five of his last eight, but hasn't hit the board in four tries with Glatt.<

This is how we lay'em out in our Pro Subscriber's Bonus Commentary.

"ACKER owns the highest last race speed figure and returns to dirt from grass, a 19% winner for trainer Peter Miller. ZESTFUL is a 1⁄2 length and nose away from an eight-race win streak. FRENCH GETAWAY won his last start and trainer Robert Hess, Jr. goes back-to-back at 13%. SOUL BEAM looks better on paper than MEISTERMIND."