How bad are people jonesing for sports? ESPN is airing NBAers playing video games on TV. Five minutes was too much for me. Luckily, for horseplayers, a few governors allowed horse racing to run on through the corona crisis. We don't have to settle for bad TV as we can still watch the real thing.

Two real races this weekend have jackpots of more than $100,000.

The Oaklawn Stakes has real consequences too. The winner gets a check for $120,000, an automatic bid into the 2020 Preakness provided they are Triple Crown nominated, and the first three finishers will earn a spot in the Arkansas Derby, maybe the last qualifying race for the 2020 Kentucky Derby.

We have two on the non-nominated runners in our top six picks, COACH BAHE as our second alternative pick and SIR RICK as our fourth selection. Of the two longshots, in our opinion SIR RICK has the best shot to upset the pre-race favorites.

The Robertino Diodoro trainee has won four of his six starts with a third. The lone miss was a fifth-place finish at Lone Star, just a length behind. Since, he's won four of five at secondary tracks: Sunland Park, Sam Houston, Delta Downs and Louisiana Downs.

SIR RICK won his last two by four and 5 1/4 lengths, including the second-best, last race speed figure. If he can run a similar race versus the best field he's faced, then SIR RICK could visit the winners' circle at long odds. He'll have to get the better of morning-line favorite THOUSAND WORDS (PP: 4 ML 5/2). Trainer Bob Baffert's horse won his first three starts before being devoured by AUTHENTIC, HONOR AP and STORM THE COURT in the San Felipe Stakes at Santa Anita in early March – seems so long ago. 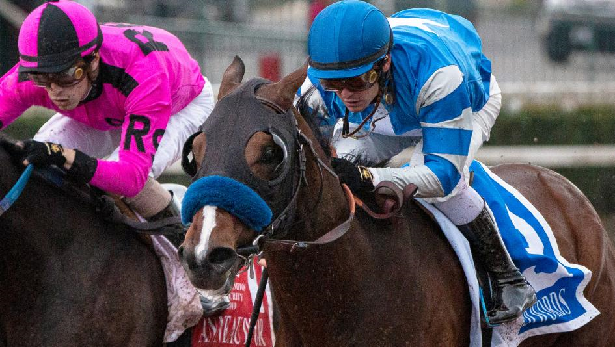 Baffert says THOUSAND WORDS "didn't show up" for the San Felipe Stakes and hopes switching to jockey Joseph Talamo can help THOUSAND WORDS find his way back to the winners' circle.

The oddsmaker sees BASIN (PP: 1 ML 7/2) as the second choice. He's making his second start after a layoff and his limited history suggests he could improve big time in round two off the bench. He finished a well beaten third in his last, the Grade II Rebel Stakes at Oaklawn.

Although he wasn't close to hitting the tape first, the 1 1/16 mile trip around Oaklawn could work to his benefit as it was his first go at a three-turn race, like today's Oaklawn Stakes. BASIN ran into traffic in the Rebel Stakes but should be able to get a cleaner trip with the rail post. 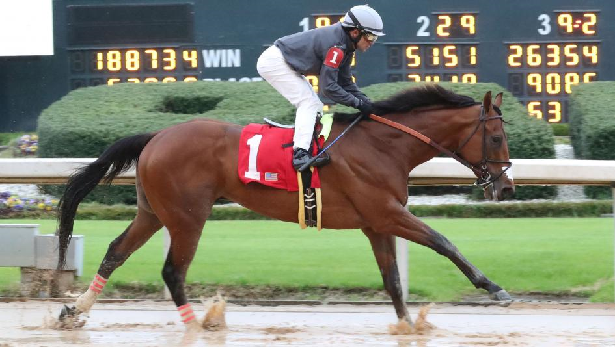 TAISHAN (PP: 8 ML 8-1) will be making his third, three turn Oaklawn run. He won his last in an E-Z wire-to-wire effort with "plenty left." The winning effort on slop was the highest, last race speed figure for this crew. There is rain in Saturday's forecast for Hot Springs; so, TAISHAN could get a chance to slop around the track in a repeat performance.

FARMINGTON ROAD (PP: 12 ML 6-1) is our first alternative pick and closes out our selections. He's improved in every race and will be making his first start in nearly two-months. FARMINGTON ROAD's closing style should play well in a three-turn race. The son of QUALITY ROAD has made up ground late in each of his four starts. If FARMINGTON ROAD can be closer to the front than usual, his late kick could propel him into the Preakness and the May 2nd's Arkansas Derby.

Here is how our handicapper ranks them in our Pro Subscribers' Bonus Commentary.

"BASIN had hit the board in each of his four races with two wins, a second and a third. THOUSAND WORDS was undefeated in his first three races before finishing fourth in his last. A reversion to his first three form could put him in the winner's circle. TAISHAN blew away the field in his last. A similar race could equal a similar result. SIR RICK has won six of four starts at smaller tracks, question is can he bring his form to a more competitive field?"