Although the 2019 Preakness Stakes field is not set, the probable list gives horseplayers a very good idea who is likely to race in the second leg of the Triple-Crown.

Trainer Bob Baffert says the Kentucky Derby fifth place finisher IMPROBABLE, moved to fourth by MAXIMUM SECURITY's disqualification, is a definite go, barring anything unforeseen. According to William Hill Sportsbook, IMPROBABLE is the heavy favorite to win the Preakness. His odds currently stand at +150 or 3/2. That works out to an implied probability of him winning at 40%. 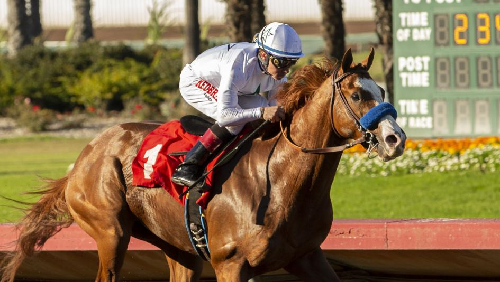 Jockey Mike Smith will get the mount and said in a recent interview that IMPROBABLE "has better races in him" and "hopefully I can pull a race out of him that he hasn't quite run before." Smith will probably need to find more in IMPROBABLE to live up the pre-race odds. Longer shots COUNTRY HOUSE, CODE OF HONOR and TACITUS passed IMPROBABLE after the 3/4's pole in the Derby and GAME WINNER just missed going by him at the wire. In our early opinion, he'll need to show more end-of-race stamina to take home the Preakness prize.

Next on the William Hill's board is WAR OF WILL at +250 or 5/2. His name is forever linked to the first DQ in the 145-race history of the Kentucky Derby. Everybody will remember where they were and the close-up video of WAR OF WILL's front legs striking MAXIMUM SECURITY's hind legs and groin.

WAR OF WILL has been on the backside of some bad luck in his last two races. Obviously, the now controversial run-in with MAXIMUM SECURITY and taking a bad step at the start of the LOUISIANA DERBY the race before. The currently "pissed-off" WAR OF WILL trainer Mark Casse said he's never seen anything like WAR OF WILL's awkward LA DERBY step in his 40-years of training.

If there are no more excuses, WAR OF WILL could get back to his winning ways.

ALWAYSMINING is a distant third favorite at +650, which is 13/2 odds and not a number we see it the US. He'll most likely check in at 6-1 when the programs are printed. ALWAYSMINING didn't try to qualify for the Kentucky Derby. Instead, he's run a series of non-graded stakes races at Laurel Park.

He's been dominant in his last six Laurel starts, winning them all with five going wire-to-wire. The best horse he's probably squared up against in his win streak is WIN WIN WIN, defeating the probable PREAKNESS STAKES entrant by 1 1/2 lengths. 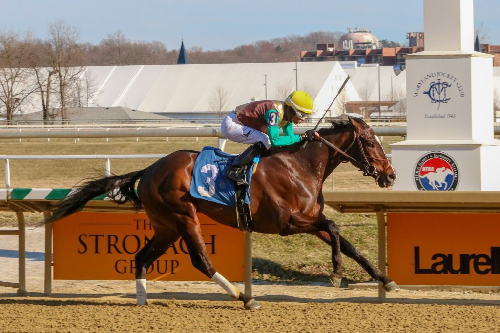 ALWAYSMINING has been working well, running the fastest of 13, four furlong works at Fair Hill Training Center. He put a half-mile in at 48 1/5 with his trainer Kelly Rubley saying, "I was very happy with his work today. He started off nice and easy and finished up strong," adding, "he's getting more aggressive" and "he makes it look easy. It's a lot of fun to watch."

If he gets the right draw, ALWAYSMINING could be dangerous on the lead as four of the last 10 Preakness winners won wire-to-wire.

At +700 or 7-1 odds, another number you don't see much of in the US, BOURBON WAR is William Hill's fourth favorite. His best showing was a second-place finish in the Grade II Fountain of Youth Stakes at Gulfstream Park. He finished second 3/4 of a length to the DQ enhanced runner up in the Kentucky Derby, CODE OF HONOR.

Although BOURBON WAR's off-the-pace style might not be the best fit for the Preakness Stakes, his trainer Mark Hennig said, "the Florida horses ran superb [in the Kentucky Derby] and we felt like we deserved to be competitive with those horses, as we were all winter."

To be competitive, BOURBON WAR will most likely need to be closer to the front than usual. Only three winners in the last decade ran more than fourth in the opening quarter mile. It's something he's only done once in his five career starts when he broke his maiden in his debut.

Rounding out the top-five favorites according to William Hill is OWENDALE at +800 or 8-1. In his last outing, he won the Grade III Lexington Stakes at Keeneland. He started eighth of 10 and stayed in that spot for the first 6 furlongs. Then, OWENDALE turned on the jets in the stretch to win by 1 3/4 lengths over ANOTHERTWISTAFATE, another probable for the Preakness. 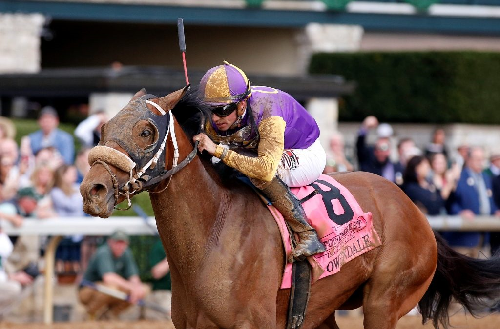 The Brad Cox trainee could be a victim of the wrong running style, too. OWENDALE has been able to keep pace with early speed versus lesser quality but hasn't been able to stay close against top-tier competition. At his best, OWENDALE will make a lot of noise late but most likely to fill out the backend of the trifecta or superfecta.

Once the field is set, we'll take a deeper dive into the entire group and make our picks. So, make sure you sign up for our Black Eyed Susan and Preakness Stakes Wager Guides.

GET OUR FULL CARD PREAKNESS PICKS AND WAGERING GUIDE!