Horse racing is the only game in town, for now. You better enjoy it before the tracks close down like the rest of the professional sports world. Maybe the King of Sports will make it through the panicdemic as most of the wagering is done online.

Most tracks have announced they will run races with minimal staff needed and no fans in the seats. At least, the jockeys, trainers, and others will be able to socially distance themselves in the empty grandstands between races.

There are 15 stakes races with at least $100,000 jackpots on Saturday's schedule. The biggest is the $1,000,000, Grade II, Rebel Stakes at Oaklawn Park. The Hot Springs, Arkansas track has announced it "has decided to run all races this weekend without onsite spectators."

Unless things change, as they did with other sports that used similar language prior to shutting down, a field of eight horses will compete for 2020 Kentucky Derby qualifying points. The winner gets 50 and a starting gate at Churchill Downs in seven weeks. Second place receives 20, third 10 and five for fourth.

Trainer Bob Baffert has won six of the last 11 Rebel Stakes, but none in the last four years. The silver haired, uber trainer has a chance to get back in the win column with the morning-line favorite NADAL (PP: 1 ML 5/2). He's won both of his races, including the Grade II San Vicente Stakes at Santa Anita. 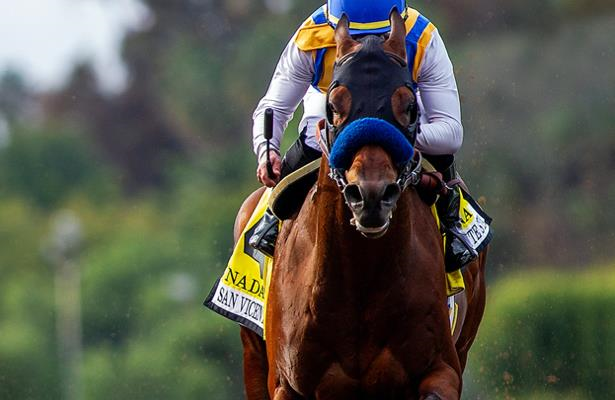 The son of BLAME has been on/near the front in his two wins, which is OK at Oaklawn as speed wins at 56% meet-to-date. He will need to overcome the disadvantage of the rail, which wins at just 8%.

Javier Castellano will ride the second favorite, BASIN (PP: 3 ML 3-1). The Steve Asmussen trainee missed by a nose in his debut and won the next two with relative ease. BASIN posted the top, last race speed figure wining the Grade I Hopeful Stakes at Saratoga, way back in early September. His recent works are eh, with a bullet mixed in. If he's ready to run, BASIN's back-class suggests he's a top contender. 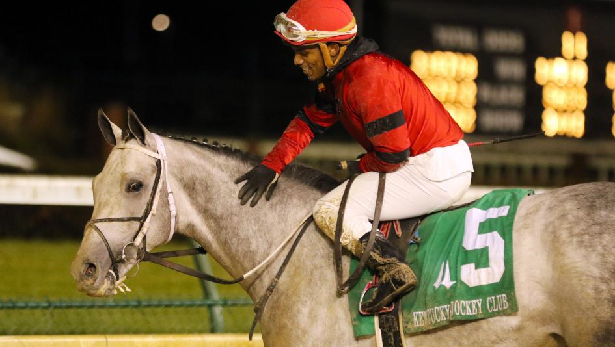 Asmussen's second entry, SILVER PROSPECTOR (PP: 4 ML 7/2) is the oddsmaker's third choice. He's making the classic third start after a layoff. He improved in from race to race in the first two. His 1/2 and 3/4 mile fractions dropped by more than two seconds despite adding a 1/16 in his last. The third start angle is a standard, but we like improved times a bunch more. SILVER PROSPECTOR could make it three for three at the distance if he shows more in round three off the bench.

NO PAOLE (PP: 5 ML 8-1) is yet to see the backside of another horse. He's wired the field in his first three starts in laughers, winning by 6 1/2, 13 and 14 lengths from the most recent back. He is stepping up in competition big time. Although his fractions suggest he won't get to the lead as easy as he has in the past, he hasn't been pressed; so, he could have more than he's shown, especially late.

Our handicapper lines them up in the same order in our Pro Subscriber's Bonus Commentary:

"NADAL is undefeated in two starts, including a G2 last out. BASIN won his last by 6 1/2 lengths. Big efforts are usually followed by another. SILVER PROSPECTOR is undefeated in two at the distance. NO PAROLE hasn't been challenged in three starts, winning by 6 1/2, 13, and 14."