Saturday Stakes: Who is going to challenge INDEPENDENCE HALL in the Sam F. Davis Stakes?

Like spring flowers, stakes racing blooms this Saturday with 15 posting prize money of at least $100,000. Horseplayers with things to do Saturday afternoon can sit down and enjoy the evening with 10 Louisiana Downs Premier Night stakes races at Delta Downs; six of them offer jackpots of 100 large or more.

While the sun is up and shining, eight horses will race for the Sam F. Davis Stakes at Tampa Bay Downs in Florida warmth. It's the most consequential race of the day with 2020 Kentucky Derby qualifying points ready for the taking: 10 to the winner, 4 for second, two for third and 1 for fourth.

Kentucky Derby futures pool number two lists INDEPENDENCE HALL as the second choice at 10-1, only behind TIZ THE LAW at 8-1. Tampa Bay Down's oddsmaker sees INDEPENDENCE HALL (PP: 4) as the favorite to win the Sam F. Davis stakes at 6/5 odds. 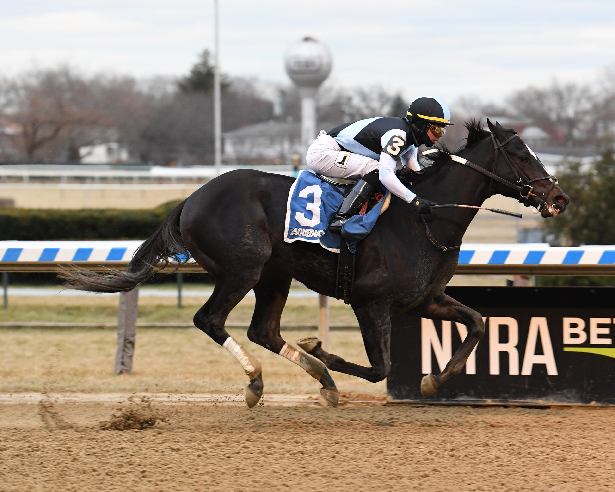 The Michael Trombetta trainee has the preferred running style for the distance and surface. Speed rules! Twenty-two of the 27 races at 1 1/16-miles were frontrunners. The average winner ran first or second at the quarter-mile pole and first by the half-mile marker.

INDEPENDENCE HALL ran second in the opening quarter in his last two and took the lead in both by the half-mile call. He's undefeated in three starts and none have been close, winning by 4, 12, and 4 ¾ lengths from the most recent race back.

PREMIER STAR (PP: 6 ML 3-1) and CHAPALU (PP: 8 ML 8-1) are likely to push for the front and try to challenge INDEPENDENCE HALL for the first time. PREMIER STAR could be the fastest out of the box, scoring a wire-to-wire W in his last and second career run. He ran shotgun in his debut until the stretch and then pulled away for an E-Z win. Our biggest concern is that his fractions were nearly identical in both races. We want to see race over race improvement for young horses. He'll need the bump today to make it to the winners' circle. 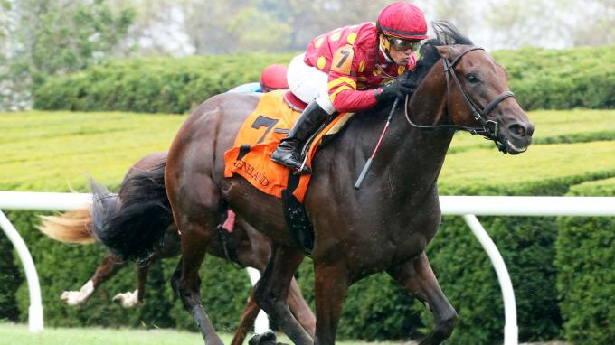 Jockey Daniel Centeno will try to "yah, yah" CHAPALU to the lead of the Sam F. Davis Stakes. It's the colt's first go on dirt after starting his career with two on turf and his last on Woodbine's all-weather track in late October. Trainer Arnaud Delacour has been working FLATTER's son at Tampa since mid-December. Two bullets and six solid workouts on Tampa Bay Downs dirt suggests he'll take to the surface.

"INDEPENDENCE HALL is undefeated in three races and is yet to be challenged. PREMIER STAR is undefeated in two nearly identical starts. ALBERT PARK is making his second start off the sidelines. His limited history suggests he could bump up sharply in round two. CHAPALU should benefit from Tampa's speed bias and has won his last two."

Horseplayers that believe INDEPENDENCE HALL has a legitimate shot to wear a blanket of roses on the first Saturday of May, might consider playing him in the second Kentucky Derby futures pool. If he wins as our handicapper expects, his odds are likely to be considerably lower in future, future pools and on Derby day.