Santa Anita Picks: Can CE CE be beat in the Santa Maria Stakes?

It's a quiet Sunday for stakes horse racing with just one on the calendar that has a jackpot of at least $100k.

It's a skinny field with just five horses. The handful of fillies and mares will race 1 1/16 miles on Santa Anita's main track. It's an uncommon distance with just two races since the doors re-opened. The horses start in the middle of the stretch, turning left twice before running down the stretch for a second time to the finish line.

Not much of a handicap hat is needed when a 3/5 morning line favorite is the top pick, but that's where we have to put CE CE (PP: 2). She's won three in a row and four of her six outings with a second by a neck mixed in. The four-year-old daughter of ELUSIVE QUALITY finished fourth in the lone miss as she tried a route for the first time. 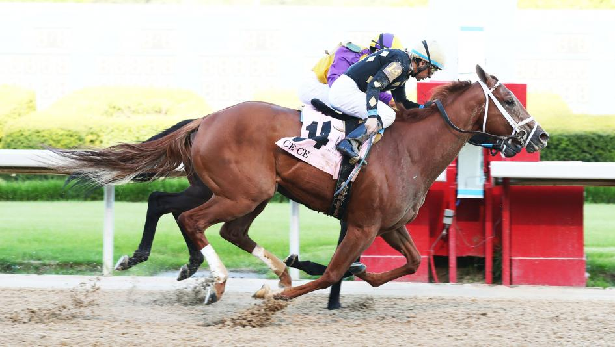 CE CE destroyed the oddsmaker's second choice, HARD NOT TO LOVE (PP: 1 ML 9/5) when the pair met in the Grade I, Beholder Stakes on March 14, 2020 at Santa Anita. HARD NOT TO LOVE was the 3/5 favorite that day and finished a well beaten second, 3 1/4 lengths behind CE CE.

Trainer Micheal McCarthy's horse could rebound in her second try at a mile or more, but we aren't big fans of the fade and then adding distance. If the Santa Maria Stakes was a mile or less, backing up wouldn't be as concerning. However, HARD NOT TO LOVE is likely to seek the front and be pressured by FIGHTING MAD (PP: 3 ML 6-1). Having company and running 1/16 mile longer than she has before could mean tired, late legs once again for the rail horse.

Bob Baffert's FIGHTING MAD is making her second start off the sidelines and should be better in round two. She finished third in her last behind BELLAFINA, but was DQ'd into fourth in the Grade III, Desert Stormer Stakes. She's stretching out from 6 furlongs in her place effort. Unlike HARD NOT TO LOVE, the extra run doesn't concern us because she smoked the field by 8 lengths in the 1 mile, Grade III, Torrey Pine Stakes. 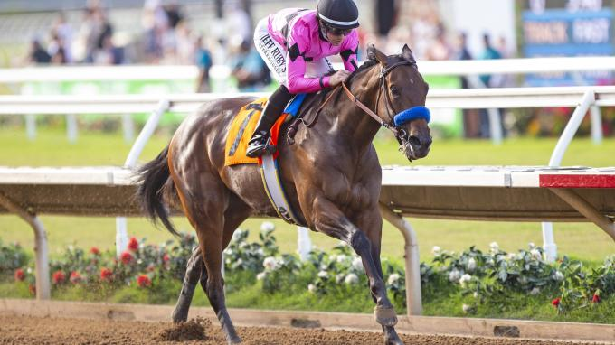 If there is going to be an upset, FIGHTING MAD has a fighting chance as Baffert wins second starts at 25% and at 28% when going from a route to a sprint.

It's would be big surprise if either HOROLOGIST (PP: 4 ML 8-1) or KAYDETRE (PP: 5 ML 20-1) managed to work their way into the winners' circle as the Santa Maria Queen. Of the two, HOROLOGIST probably has the advantage with top jockey Flavien Prat in the saddle; although, she ran a bad race in her lone Santa Anita trip and lagged the field until passing a few tiring legs in her last.

On the other hand, KAYDETRE put her second-best effort in the history books in her last race and has run well at SA (9: 2-2-1). The Santa Maria Stakes will be her second race after a short layoff and the six-year-old will have the opportunity to be better. Take the speed figure up a couple of ticks in round two, and maybe she cashes a show check.

The Santa Maria Stakes isn't a bettor friendly race, in our view. Horseplayers might consider upping the payout octane with a trifecta. We suggested 2,3/1,2,3/1,2,3 for our subscribers.