There is no need for the NORAD Santa Tracker on Saturday. He won't be at the North Pole checking the naughty or nice list with his elves and Rudolph. Nope, you'll find the jolly fellow with a couple tickets in hand at Fair Grounds. It's Santa Super Saturday at the New Orleans horse races.

Let's see if we can help the big man cash in before summoning his reindeer and sleigh, or is he driving a red Mercedes these days, thought I saw something about it on TV.

The two spotlight races are the Letellier Memorial Stakes and the Sugar Bowl Stakes in races 7 and 11, respectively. Both races are 6-Furlongs on the Fair Grounds dirt. The distance and surface were the most common race at the track in December, running 34 times.

Based on recent past performances, ADVENTUROUS LADY and LADY TNT might be the most fleet of foot early. Both posted opening quarters in the low 21 seconds; whereas, SMILA'SSENSEOFSNOW and IDLE HOUR appears to prefer an early pace in the mid 22s.

The slower ponies can take heart as in the four Fair Grounds stakes races at 6-Furlongs on the dirt, the average opening quarter is 22.4, a tenth of a second faster than the average for all 34 races of 22.5.

While there is a slight advantage for horses breaking from outside the three inside posts, the rail has the most Ws, scoring eight times in December (23.5% or close to 3-1 odds).

Q GO GIRL, (ML 12-1) gets the red one silks in the Letellier. She won her debut in her last race, coming from seventh of 12 horses in a slighter slower pace than usual for Churchill Downs at 6-Furlongs on the dirt. While her last race speed figure is middle-of-the-pack for this crew, the two-year old bobbled at the break. So, she probably has more in store for race number two.

Another 12-1 draws the inside post in the 11th race. UNCAPPED, broke his maiden in his second race on November 18th at Churchill Downs. He stalked the leaders in a faster paced race, making a power-move in the stretch. The Brendan Walsh trained horse moved from third, behind by 1 1/2 lengths to winning by 1 3/4 lengths at the stretch. That was at 5.5-Furlongs.

He was in a similar position in the stretch in his debut race at 6-Furlongs, but got smoked in the stretch, falling from second by a half length to seventh of 12, five-and-a-quarter lengths behind at the wire. Of the two ones in the Letellier and the Sugar Bowl, our handicapper believes UNCAPPED has the better chance of pulling off the upset in the Sugar Bowl stakes, listing him as our first alternative.

In the Letellier Memorial, we list ADVENTUROUS LADY, as our top choice, followed by longshot ISTAN COUNCIL, (PP: 7 ML 12-1), UNHOLY ALLIANCE (PP: 10 ML 9/2) and BELL'S THE ONE, (PP: 2 ML 9/2) as our top four. Alternative picks LADT TNT, and SMILA'SSENSEOFSNOW, round out our picks.

We line them up this way for the Sugar Bowl Stakes: 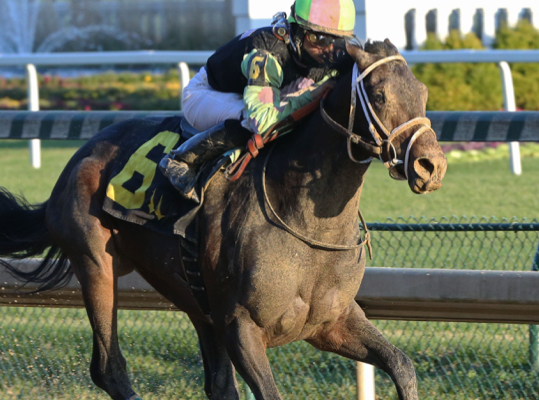 As for the football game itself, The 2019 Sugar Bowl, in our opinion, take Georgia and lay the points. It's essentially a home game for the Georgia Bulldogs. The Dawgs won all eight games at home but did lose to Alabama in the SEC Championship game at the Mercedes-Benz Stadium in Atlanta, which is the home of the Sugar Bowl.

Georgia covered the point spread in six of the nine "home" games, including their loss to the Crimson Tide.

GET OUR FULL CARD PICKS FOR ALL OF SATURDAY'S RACES!