Sunday Stakes: It's as easy as 1-2-3 for Trainer Bob Baffert in the Santa Ynez Stakes

It's the last of the sleepy, holiday weekends of stakes racing. Just a pair of runs with more than $100,000 in prizemoney are on the schedule today.

Of course, the SANTA YNEZ is the headliner of the two and the race that gets our focus today. The SANTA YNEZ dates to 1952 and has run consecutively since 1954. It's also a qualifying race for the Kentucky Oaks with the winner receiving 10 points, four points for second, two for third and one to finish up the superfecta.

Jockey Flavian Pratt rode BELLAFINA to the YNEZ title last year and is on top of AUBERGE (PP: 1 ML 5/2). The Bob Baffert trainee won her debut in commanding fashion, scoring a 7 ¾ length win at Santa Anita. Horseplayers were on the first-time starters in a big way, betting AUBERGE down to the $0.70 favorite in the 6-furlong, $50k maiden effort. Today, she'll be adding a furlong which should not be a problem considering her runaway performance in her initial run. 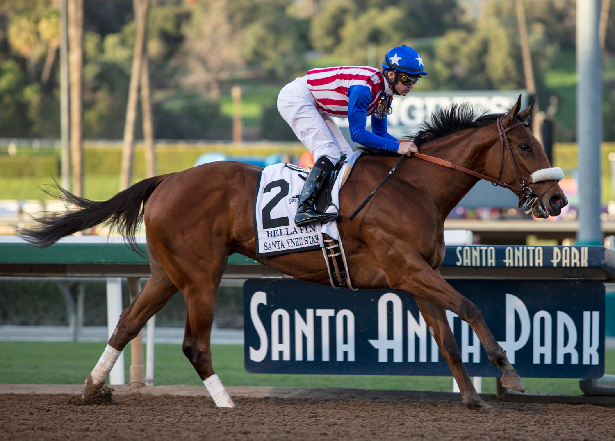 While Pratt broke through with his first SANTA YNEZ crown in 2019, jockey Mike Smith has owned this race recently, winning three of the previous five. Smith will steer GOLDEN PRINCIPAL (PP: 2 ML 5/2) out of the gates with the second of the Baffert's three horses in the field. Like AUBERGE, GOLDEN PRINCIPAL won her first career start, a $52k maiden run at Del Mar. Her final, 6-furlong time was a little more than a second faster than the number posted by AUBERGE.

Neither horse looked challenged in their debuts and should have more in round two of their racing careers. To win, however, they'll need to get past Baffert's third horse in the field, even-money favorite BAST (PP: 7). The filly owns the highest last race speed figure in a Grade I score. 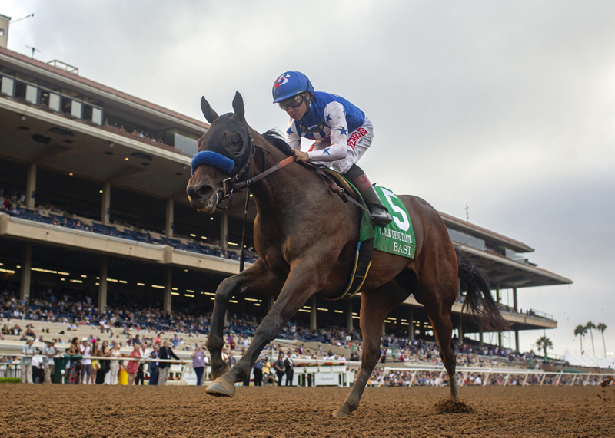 BAST will be ridden by Drayden Van Dyke, who also guided AUBERGE and GOLDEN PRINCIPAL in their maiden victories. DVD sticking with BAST tells you who the jock believes has the best chance to hit the tape first. Together, Van Dyke and Baffert have won 11 of their last 25 races together, including two of BAST's three trips to the winners' circle.

None of the other horses in the field sport morning-line odds of less than 12-1, shared by LOVELY LILIA (PP: 3) and ORQUIDIAS BIZ (PP: 6). Of the two, ORQUIDIAS BIZ looks like the better choice as her speed figure are considerably higher than LOVELY LILIA's numbers. Tellingly, Smith (2x) and Van Dyke (1x) were on board the Jeff Mullins horse in her last three starts. Both jockeys decided to ride elsewhere.

Not surprisingly, our handicapper sees Baffert's horses running one, two, three with Van Dyke picking the winner. From our Pro Subscribers' Bonus Commentary:

"BAST is dropping from a G1 with the highest last race speed figure. GOLDEN PRINCIPAL won a 6-furlong race with a slightly better final time than AUBERGE. ORQUIDIAS BIZ's numbers say she is the best of the rest."

Good Luck at the Races.