There is more than $5 million up for grabs this Saturday with 16 horse racing stakes races that have prize money of at least $100,000. Keeneland's Shadwell Turf Mile is atop the food chain with a $1 million total jackpot.

While the Shadwell is the most consequential in terms of straight cash, homie, (Hall of Famer, Randy Moss reference: https://www.youtube.com/watch?v=07G23zMGa4g), Keeneland's Breeders' Futurity and Belmont's Champagne Stakes have lasting effects beyond the cash.

Winners of the Breeder's Futurity and Belmont's Champagne Stakes will join EIGHT RINGS and DENNIS' MOMENT atop the 2020 Road to the Kentucky Derby leaderboard with 10 points. Second place horses receive four points, third place gets two points, and fourth gets a single point. The 20 horses with most points qualify for the 2020 Kentucky Derby.

Since we have the Breeders' Futurity covered in our Shadwell Mile Turf Wager Guide, we'll focus on the Champagne Stakes to see which horse we believe will put 10 qualifying points in his 2020 Kentucky Derby column. The Champagne Stakes is a twofer as the winner also gets an automatic bid into the Breeders' Cup Juvenile this November at Santa Anita Racetrack.

Sara B. won the inaugural Champagne Stakes all the way back in 1867 and is one of the oldest races in the United States. The race was interrupted in 1910 to 1913 when politicians banned wagering in New York and ran uninterrupted until 1956 afterwards. It's been run every year since 1957. SEATTLE SLEW took home the trophy in 1976 and went on to win the Triple Crown. 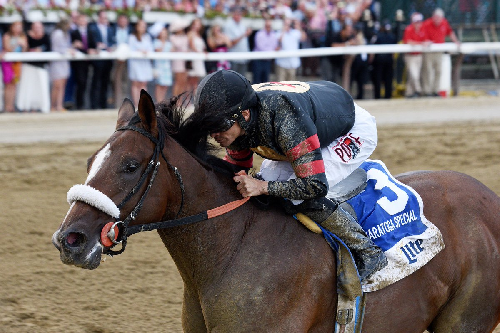 Is there a Triple Crown candidate in this year's field of seven? If so, oddsmakers see GREEN LIGHT GO (PP: 3) as the most likely as the 8/5 morning line favorite. The James Jerkens trainee has won both of his races by extending his leads with power moves in the stretch. GREEN LIGHT GO cuts his fractions by more than a second in the opening quarter and half mile of race number two compared to his debut. His times went down despite the length of the race going up a furlong. That's usually a good sign for the next race.

TIZ THE LAW (PP: 7) is the program's second choice at 5/2. He won his debut with the highest last race speed figure in a 4 ¼ length win. Like GREEN LIGHT GO, Barclay Tagg's pupil pulled away late from a field of eight. TIZ THE LAW hasn't raced since his debut score on August 8th; however, he should be ready to roll as two of his last three works were bullets.

THREE TECHNIQUE (PP: 4) is next in line at 7/2 odds. He's been the betting favorite in three starts, all maiden starts. He finally broke through in his third try, winning by 5 1/2 lengths. His speed figures are on par with the two, pre-race favorites. He likes to come from off the pace and his opportunity to score a trip to the Breeders' Cup and get 10 Kentucky Derby points will depend on early pace. The faster the better for THREE TECHNIQUE. 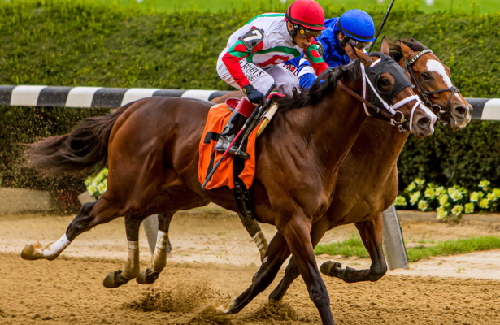 ALPHA SIXTY SIX rides the 10% winning rail at 5-1 morning line odds. He won his debut as the $1.05 post-time favorite. Trainer Todd Pletcher finds the winners' circle at 26% in the race following the maiden score. ALPHA SIXTY SIX's fractions are a touch slower than the top contenders; however, three strong workouts since his first real run around the track suggests he will be better in round two.

GOZILLA (PP: 5) is the last horse in the field with odds below 10-1 at 6-1. He smoked ‘em in his debut, winning by 4 1/2 lengths as the 3/5 favorite. He followed up the maiden score as the 8/5 post-time favorite in the Grade I Hopeful Stakes at Saratoga, but he finished third. His trainer, Steve Asmussen, bounces back at 27% the next time around the track with fallen chalk.

Our handicapper believes the oddsmaker are right and GREEN LIGHT GO will go the Breeders' Cup Juvenile and join EIGHT RINGS and DENNIS' MOMENT with 10 Kentucky Derby qualifying points.

"GREEN LIGHT GO is undefeated in two starts and they haven't been close. ALPHA SIXTY SIX won his debut as the $1.05 favorite. Trainer Todd Pletcher wins after the maiden score at 26%. TIZ THE LAW broke his maiden in his debut with the top, last race speed figure. GOZILLA finished third in the G1 Hopeful as the chalk in his last race. Trainer Steve Asmussen wins at 27% the next time around the track with beaten favs."