Saturday Stakes: Ranking the Regret Stakes and our Podcast Picks for the Stephen Foster Stakes

SPECIAL: Listen to our sixth episode of The Player's Edge to get our picks for the $500K STEPHEN FOSTER. We also have a great conversation with the voice of Thistledown and Mahoning Valley racecourses, Matt Hook, as the veteran race caller gives us his take on the half-million-dollar Ohio Derby. Matt unveils an Ohio Derby secret that you won't find in any past performance notes and his long shot pick to take the Ohio Derby Crown.

The Grade III, Regret Stakes probably offers horseplayers the best betting opportunity of Churchill Downs' four stakes efforts on Saturday. The nightcap follows the headliner, the $500,000 Stephen Foster Stakes, which we covered in this week's The Player's Edge Podcast above. 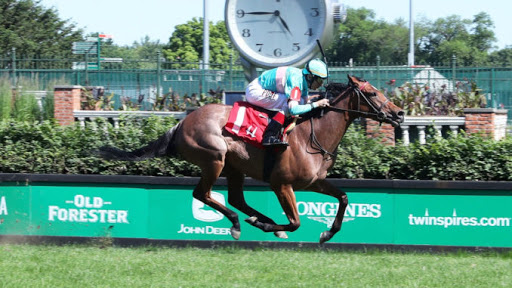 CRYSTAL CLIFFS (PP: 5 ML 3-1) is our pick to win the $100,000 Regret Stakes. She's squares up against 12 other three-year-old fillies, running 1 1/8 miles across Churchill's turf course. CRYSTAL CLIFFS is making her second start for trainer Graham Motion after starting her career with a win and third in France. She won her US debut, toppling a field of 11 as the public's post time favorite. Jockey John Velazquez was onboard for the W and rides again today. Velazquez and Motion have been dynamic together, posing for winner's photos in five of their last 11 as a team.

CRYSTAL CLIFFS won't have it easy, though. In all likelihood, she'll need to chase down IN GOOD SPIRITS (PP: 4 ML 8-1). The $200,000 daughter of GHOSTZAPPER has raced on turf in three of her four starts. Her debut was moved off the grass at Saratoga, where she got walloped, finishing fifth of seven by 15 long lengths.

In her second go around the track, she got to try Churchill grass and wired the field for her maiden win. She followed it up with another gate to finish win at Keeneland and headed for the sidelines. She returned to the track following a seven-month hiatus, finishing fourth in a $100k non-graded race on Churchill turf. She's likely to be the pacesetter and could be loose on the lead. IN GOOD SPIRITS will be in good shape if she can run the opening half-mile in more that 48.5 seconds. If she does, it could be game over.

DOMINGA (PP: 1 ML 5-1) is also taking her second turn on the track after hitting the barn from March 7 until May 23rd. Trainer Brad Cox is looking to add to the winning trainer's cut to his bank account as he wins round twos off the bench at 28%. However, the rail draw dampens his horse's chances as riding the fence just doesn't win much at the distance and surface. Move her out, two or three gates, and she might be our pick to win. 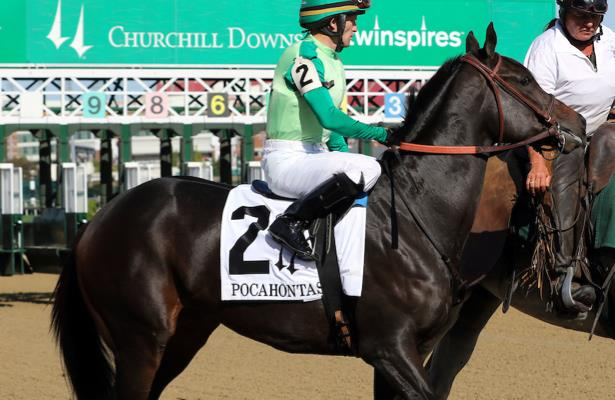 His Glory at Churchill Downs

We've got a live one as our fourth pick. The oddsmaker puts HIS GLORY (PP: 2) at 30-1 in the program. The longest shot on the board. Trainer and owner, Joe Sharp, must have seen something in HIS GLORY as Sharp claimed her in her last. It's not always true, but it can be a good sign when the trainer and owner are the same. It was HIS GLORY's first try on turf, 1 1/16 miles at… Churchill, and she won! Her winning speed figure wasn't too far off the rest of the field and could be close to a winning number with any improvement in her second turf effort. Sharp hits at a solid 20% with horses making their first start for him after a claim.