After a busy Saturday of stakes racing, Sunday's card chills. It's alright as the number of big money stakes racing will grow, adding more days of the week in the near term. Plus, after a hectic, jampacked Friday and Saturday of podcasting, handicapping, article writing, wagering... a little R&R can do a Rich some good.

The $200,000, Grade II, TRIPLE BEND STAKES is the only Sunday race with a two-comma prize pool. It's a skinny field of five horses where they'll try to take out the 3/5 morning-line favorite MCKINZIE (PP: 5). The five-year-old is coming off just a terrible performance in the 20,000,000 Saudi Cup in Saudi Arabia, which was won by MAXIMUM SECURITY. 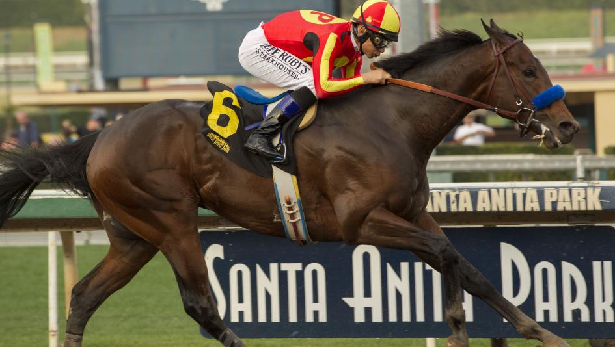 MCKINZIE finished 11th of 14 horses, 28 lengths behind the Saudi champ. UGH! Trainer Bob Baffert's horse will be happy to be back at Santa Anita where he's won three, with five seconds in eight races. So, can the heavy chalk be beat? Five seconds out of eight SA races says YES!

But who? Well, FLAGSTAFF (PP: 1 ML 5/2) is the one to most likely to get the job done. He ran the top speed figure in the last race and has finished all his Santa Anita starts in-the-money. Trainer John Sadler's horse has four wins, including two for two at 7 furlongs, two seconds and a third in seven Arcadia, California starts. Overall, the six-year-old has hit the board in 11 of 12 races. 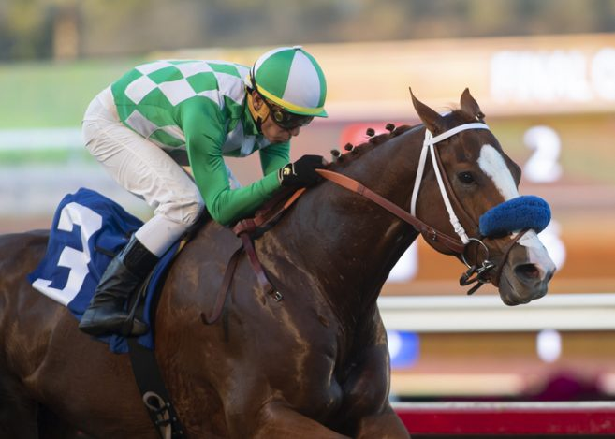 If not FLAGSTAFF, then the next best hope could be FASHIONABLY FAST (PP: 4 ML 6-1). The son of LUCKY PULPIT is on a six-race win streak, including the last two at Santa Anita. He's been training super duper fast with a 4 furlong bullet on June 1st. He's likely to head to the front of the pack out of the gate, which could be his best chance as the two favorites tend to co-pilot rather than pilot races.

As for AX MAN (PP: 2 ML 8-1) and DARK VADER (PP: 3 ML 8-1), we can only make a case for the latter as AX MAN has failed miserably in graded stakes races. Five lengths is the closest he's come to the winner in five graded runs. Otherwise, he's lagged by 10, 8, 12 and 16 lengths. That's just not competitive, overmatched.

The pace will have to be fast, probably camera flash fast for DARK VADER to have a shot. He's typically more of a stalker than a closer, but he's likely to find himself 4 to 5 lengths off the lead pack. If he tries to tag along with early speed, his history says he's probably going to run out of gas at this level. Top jockey Flavien Prat will likely let DARK VADER settle in, save ground, and try to pick off tiring legs late.

From a horseplayer's standpoint, we've got to try and beat the 3/5. So, we are going to go backdoor with FLAGSTAFF for the win, MCKINZIE collecting place money, FASHIONABLY FAST finishing the trifecta, while DARK VADER and AX MAN battle it out for fourth, probably from beginning to end.