David A. Bernsen has bought out Rockingham Ranch's interest in STORMY LIBERAL and has relocated to the turf champion from Peter Miller's barn to David Scanlon in Florida. The owner has moved approximately 18 horses from the trainer over the past several months. Rockingham Ranch owner, Gary Hartunian, thought that the 2018 Breeders Cup Turf Sprint took it out of the gelding and Peter Miller thought it was time for him to retire. As with any partnership, Bernsen had the option to buy out Hartunian and he did so.

Hartunian and Bernsen also owns ROY H and WRECKING CREW. Both horses will remain with Peter Miller. They are giving ROY H another 90 days off before pointing him to the Palos Verdes Stakes (G2) at Santa Anita for a 2020 campaign. 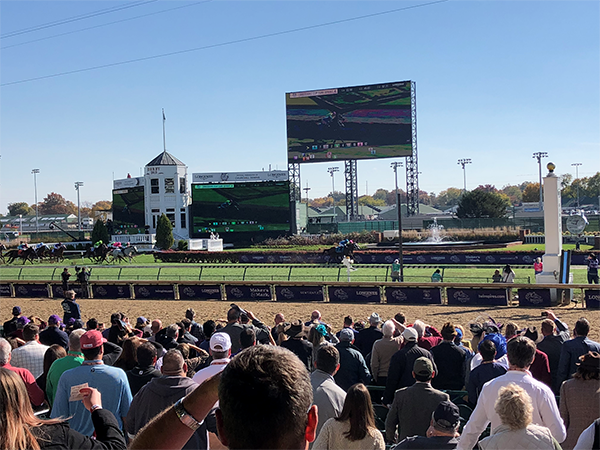 There are a few horses that you just can't forget and BODEXPRESS made an impression on everyone when he was the surprise runner up in the Florida Derby, getting his ticket to the Kentucky Derby and then unseating John Velazquez in the Preakness where he ran the race of his life without a jockey. He then went back to Florida where he officially broke his maiden in October at Gulfstream and then picked up an allowance win by nearly 7 lengths in November. He also broke an 18-year-old track record.

Since those last two wins, he is not entered in the $100,000 Harlan's Holiday Stakes (G3) December 14th with his eyes on the Pegasus World Cup Invitational (G1) January 25th. The Harlan's Holiday field also includes PRINCE LUCKY, WAR STORY, EYE OF A JEDI and RED CRESCENT.

Trainers Bob Baffert and Todd Pletcher both appeared December 11th at the University of Arizona's Global Symposium on Racing in Tucson. One of the main topics was race-day medication in which Pletcher believes should be eliminated. He acknowledged that while he has had horses bleed in their lungs after workouts and races, he believes it's important to be able to state that when situations such as Santa Anita happens, it's important to be able to say that the horses were not medicated. Baffert agreed, "I'm so tired of hearing about it. I'm like, get rid of it."

Both trainers agree that changes need to be made well before the horses get to the track, starting with when they are bred to the sales. "We're the ones taking the inherent risk at the end of the day because we are the ones putting them on the track, but a lot of things have been done to some of these horses that we're not aware of."

A panel of horseplayers had some things to say about the state of racing at the University of Arizona's Global Symposium as well. The panel included Rick Hammerle, racing coordinator at Oaklawn; Pat Cummings, executive director of the Thoroughbred Idea Foundation; and Marshall Gramm, professor and chair of economics at Rhodes College. All agreed that they would like to see more of the "pie" needs to be returned to the horseplayers. Hammerle stated, "Lots of times, it seems, the horseplayer is at the end of the list of the groups that matter to the racing game. As we know, it should be a little bit higher. Without the horseplayer, the machine doesn't go."

The panel also discussed lowering wagering costs and providing bettors with more information, such as free handicapping data and lowering the breakage to fund more exotic wagers, such as Pick 5s, making them more favorable to the bettors as the seeded money largely offsets the takeout for the players.