Here's a round up of horse racing headlines this week heading into the Christmas holiday!

The operator of Monmouth Park, Darby Development, and the New Jersey Thoroughbred Horsemen's Association (NJTBA) have reached an agreement with theScore, Inc to launch mobile sportsbetting in 2019. Via theScore, fans will be able to enjoy online and mobile sportsbetting throughout the state, subject to receiving the required approvals and licenses from the state. Once approved by the state gaming officials, the new platform will be come available mid-2019. 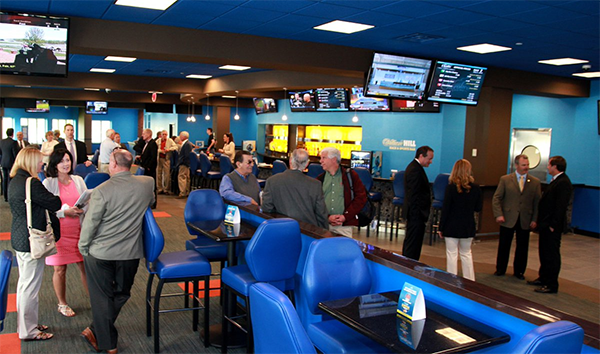 These are just two of the highest betting records set during this season's meet. There were also 130 exotic wager payouts that lucky fans cashed in on. Remington Park's Thoroughbred meet has now come to close and will begin Quarter Horse, Paint and Appaloosa racing on March 8th.

One ticket for Gulfstream Park's 20-cent Rainbow 6 jackpot worth $580,349.19 was sold on Wednesday. The multi-race wager had not paid out to a single winner for the first 12 programs of the meet. The carryover jackpot is only paid out when one ticket is sold with all six winners. When there is no winning ticket, 70 percent of the day's pool goes back to the bettors with tickets holding the most winners. Thirty percent is carried over to the pool. Wednesday's winning combination was 7-1-1-4-3-4 and was purchased through XpressBet. The Rainbow 6 will start over Thursday with the six race sequence being Races 5-10.

We joined in on the big-ticket party too. You could have paid for a family vacation yesterday at TAMPA BAY DOWNS using our top four picks in the fifth race. Our fourth pick, MAN UPSTAIRS (PP: 7) won and paid $38.60. The five, OLLIVANDER, which was our top-choice, finished second. Our third selection, MUSTANG POWER finished third and paid $5.20 to show. Finally, GIFTED PATH (PP: 2) rounded out the first four finishers and our top four selections.

How does Hawaii sound this time of year?

As the year winds down, the anticipation of the Kentucky Derby draws stronger. Bookmakers are looking at the top contenders as juveniles work to earn their Kentucky Derby points. As of now, five horses are standing out as the cream of the crop and include: