Saratoga's Woodward Stakes headlines a busy Saturday of stakes races. In total, there are 19 races with at least $100,000 of prize money.

The race gets its name from William Woodward, a racehorse owner and 20-year Chairman of the Jockey Club. Saturday will be the 66th running of the Woodward, which dates to 1954 when PET BULLY took home the initial crown.

This year, YOSHIDA (PP: 7 ML 5/2) will try to defend his 2018 crown. The five-year-old came from way back to run past the field by two lengths and into the winners' circle in last year's Woodward. He faces off against eight other horses and figures to have another shot at his cut of the $750,000 at stake. 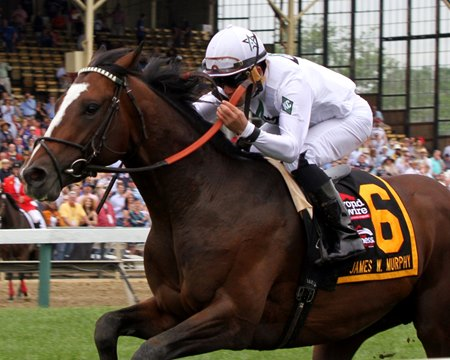 Yoshida running in the James Murphy

Let's look at some of the major contenders according to the morning line oddsmaker to see which, if any, can beat the defending champ to the wire.

VINO ROSSO (PP: 3) and PRESERVATIONIST (PP: 5) are co-second choices at 7/2 behind the pre-race favorite YOSHIDA.

VINO ROSSO is making his second start after a little more than two-months in the barn. His trainer, Todd Pletcher, scores well in second off a layoff starts, winning at 23%. However, the trainer only hits at 14% in Graded Stakes races.

In his last start, VINO ROSSO came home a distant third by 6 1/2 lengths in the Grade I Whitney Stakes. He finished behind winner MCKINZIE with YOSHIDA taking home the place money.

VINO improved in two of his last three second starts, so odds are he'll improve in round two off the bench. However, he's yet to be first to the tape at Saratoga with two seconds in three starts.

VINO ROSSO is a threat to win, but more likely to place, show, or fill out the superfecta than be on top of the ticket.

PRESERVATIONIST has won five of his last seven starts. Odds are he'll be first across the finish line if he's first or second in the stretch. He's on a four-race streak of triple-digit speed numbers and scored above a hundy in six of his last seven efforts.

He has three wins, a second, and a third in five fast dirt starts. The early pace will be the key to his fortunes. If the opening half is 48 seconds or more, he's likely to have the late legs needed to score. 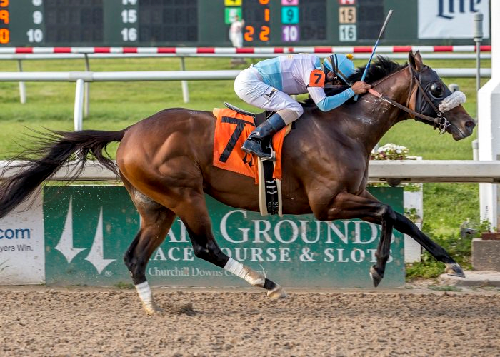 Tom's D'ETAT at the Fair Grounds

TOM'S D'ETAT is the fourth choice at 4-1 mentioned above. This six-year old is a horse for the course. He's saddled up at the Spa three times. Guess how many wins? If you picked three, you are a winner! And guess what, again? The last two were at today's distance.

In fact, he won his last start on Toga's main track at today's distance in his first start since June 15th. Unlike VINO ROSSO, TOM'S D'ETAT has taken a step back in form in his last two second starts off the sideline. His last effort was good enough to make it a perfect four for four and trainer Albert Stall, Jr. wins after a win at 23%.

The weather forecast calls for sun and most likely a fast track, which is how TOM'S likes, scratch that, loves it. He has six wins, a second, and a third in eight fast dirt outings.

If his performance doesn't slip in his second post layoff start. He is a horse for the course and a very strong candidate for the top of the ticket.

The last contender under 10-1 morning line odds is MR. BUFF, who rides the rail. The one has an advantage against the rest of the field, taking home the winner's check in eight of the 42 (19%) races at 1 1/8 miles.

He won his last start by 3 1/4 lengths in a Saratoga, $101,000 non-graded stakes start at today's distance. His final time of 1:51 and 3 is more than four seconds slower the MCKINZIE's Whitney time. He'll need to pick it up to compete at today's level. In fact, he finished dead last of nine, 43 lengths behind the winner in his last Graded outing as he eased up and walked off the Fair Grounds course.

In his last six wins, MR. BUFF was on the lead by the 1/2 mile marker. PRESERVATIONIST is likely to make that a difficult task today. Despite having two wins and a second in four Spa runs, MR. BUFF is likely to fade late as he's done against better competition in his last 10 starts.