"You are in a world of trouble!" I can remember mom yelling that familiar refrain at me as a boy. Most of the time it was after being caught doing something I shouldn't have done. Gulfstream Park must have been thinking about my mother, and thousands if not millions of others when naming the World of Trouble stakes.

Today will be the third time in race's history that the horse will battle for 6 furlongs on Gulfstream's main track. Speaking of threes, jockey Louis Saez seeks his third straight win in the newly named World of Trouble Sprint Stakes.

This year, Saez's fortunes ride on JACKSON (PP: 5 ML 10-1). The four-year-old is making his fourth start after a short layoff. He finished third in his last race, a 6 furlong run on Gulfstream dirt. He's struggled a bit on the south Florida track relative to others. He has one win with two seconds and thirds in seven races at Gulfstream. Meanwhile, he has four wins and two seconds in eight races elsewhere. He can hit the board, but we don't see him as a top of the ticket candidate.

LASTING LEGACY (PP: 2) is the oddsmaker's choice to find the way to the World of Trouble winners' circle at 7/5 morning line. The Jason Servis trainee has recorded three consecutive, triple-digit speed figures. The rest of the horses combined have a total of three in their respective last 10 starts. The son of TAPIZAR is a length away from winning four in a row and should rate behind the leaders and come late. Horseplayers beware. LASTING LEGACY is an all or nada kind of horse at the distance with four wins and nothing else in seven starts. He's a top of the ticket candidate, but his hit or miss history says you cannot put him there alone. 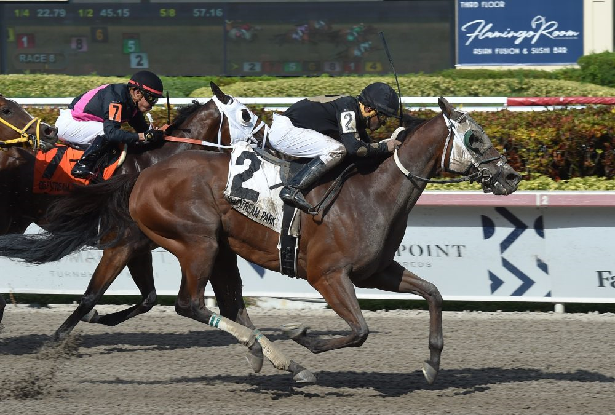 FAST PASS' (PP: 6 ML 8-1) Gulfstream record says he'll factor into the World of Trouble's final standings. He's hit the board in 10 of 11 at GP. He's won four, including his last, finished second and third three times each. He's also been sturdy at the distance, finishing in-the-money 13 of 17. He's stepping up in class but finished third the last time he ran in a graded stakes race, third in the Grade III Smile Sprint Stakes. FAST PASS must be on exotic tickets based on his record at Gulfstream and the distance.

Horseplayers are always looking for and angle. Here is an angle for you. Trainer Jason Servis wins at 36% with horses making their first start for him. That's ADMIRAL LYNCH's (PP: 4 ML 7/2) charge as he's making his debut for the Servis barn. The four-year-old is coming off a 4 1/2 length win at Penn National. Shippers is another robust winner for Servis, scoring at 34% with invaders. While ADMIRAL LYNCH made the trip south on I 95, he previously raced at Gulfstream with a win, place and show in three starts. ADMIRAL LYNCH is a top of the ticket and exotic contender, in our opinion. 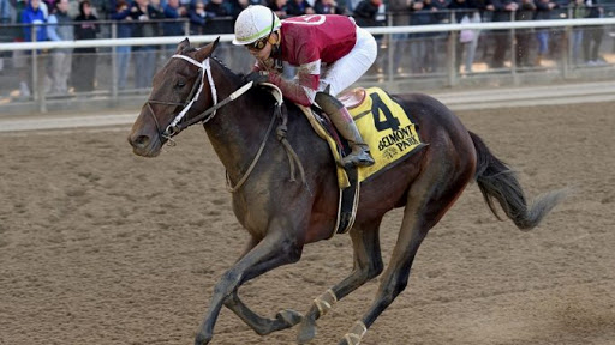 EPIC DREAMER (PP: 1 ML 4-1) has the rail advantage. Eighteen of the 112 winners at 6 furlong on the dirt wore the red number 1. That's a 16% hit rate. Add in that he's making his second start following a short rest, and EPIC DREAMER has dreams of wearing the World of Trouble crown. He showed significant race over race improvement the last time he made his second start off the bench. He'll need to do so after blowing a tire in his last race, 1 mile on Gulfstream's dirt track. He's stepping back to a sprint today where he has a win and a second in two 6 furlong goes. The rail, recent second start history and feel for the distance are reasons why EPIC DREAMER should be included in exactas, trifectas and superfectas.