At 1 1/8 miles on the turf, horses 3 and up will vie for their piece of a $200,000 purse. Racing fans will find a stacked field of 16 in the Fort Lauderdale Stakes. The field also includes five grade 1 winners including ALMANAAR , DIVISIDERO , GLORIOUS EMPIRE , HI HAPPY and QUARTETO DE CORDAS.

Today is a new day. So you can forget how some may have been overmatched at the Breeders' Cup. This is how we see things in our pro-subscribers' bonus commentary.

QURBAAN's trainer Kiaran McLaughlin wins at 25% with shippers. He will be coming hard late and taking a small step down in class, which should help. HI HAPPY has a win and a third in two Gulfstream turf races. RADAR ALERT: BLACKTYPE ran the highest, last race speed figure going wire-to-wire at Belmont. It was also the highest for the distance/surface for this crew; same race should equal he same result. ALMANAAR is a neck away from two wins in two tries on Gulfstream grass."

Next up is the Harlan's Holiday for 3 year olds and up at 1 1/16 miles. The Florida Derby winner AUDIBLE will be in the field for his second start after winning the Cherokee Run Stakes during Breeders' Cup weekend. You might also recall that he finished third in this year's Kentucky Derby.

And it looks like it's a race for second place as, on paper, AUDIBLE is the best horse in the field by a wide margin. Normally, we look for ways a 2/5 morning-line can lose. Anything is possible with horses; however, if AUDIBLE runs his average race, it's still better than most other entries best race. Our handicapper makes the point in his commentary.

"AUDIBLE has three, triple-digit speed figures in his last four races. The rest of the field doesn't have any in their last 10 races. VILLAGE KING won his last race with the highest, speed figure recorded for all but Audible. Trainer Todd Pletcher wins at 25% following a win. APOSTLE won his first two starts coming off the bench and then tried grass in his last race. Returning to dirt should be a positive. SIR ANTHONY has won two in a row at Hawthorne, can he bring the form to south Florida?" 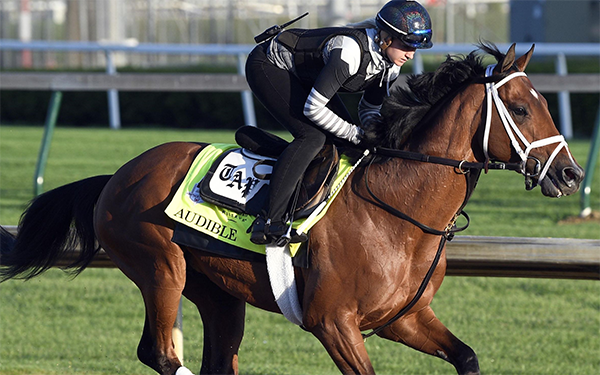 A Trio for the Ladies

GET OUR FULL CARD PICKS FOR ALL OF SATURDAY'S RACES!