Saturday Stakes: Drag Racing at Monmouth for the 2019 Haskell

MAXIMUM SECURITY jumped and was left at the gate in his last race, the Pegasus Stakes at Monmouth Park. All-world trainer Bob Baffert commented on the disappointing finish, "If that happens (lunging and stumbling at the start) 100 times, they usually falter down the lane." Guess what? MAXIMUM SECURITY faltered down the lane and finished second behind KING FOR A DAY. 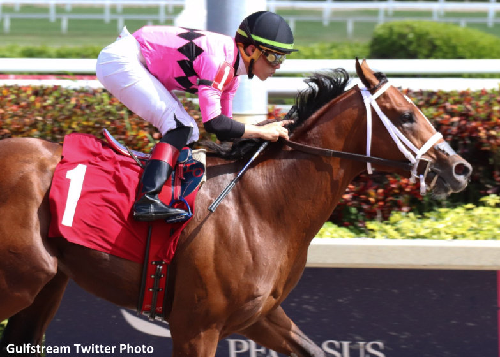 Unlike the Kentucky Derby, MAXIMUM SECURITY (PP: 7) gets a re-do in the Grade I, HASKELL INVITATIONAL STAKES at Monmouth Park. The Jason Servis trainee squares up as the 8/5 morning-line favorite against KING FOR A DAY (ML 5/2) in round two. Ding, ding, ding!

Coming into the Haskell, Servis says of MAXIMUM SECURITY, "I am feeling good about him" following a "super, really good" pre-race workout. "He went a mile in 1:53 and change. He got the first half in a minute and came home in :53 and change."

Meanwhile, KING FOR A DAY recorded his lifetime best speed figure in his third win in his last four starts. The HASKELL is his third start following a six-month layoff. Trainer Todd Pletcher wins third starts at 22% and follows a win with another at 24%. KING FOR A DAY also has the advantage of leaving the chute from the rail, which wins Monmouth routes at a hefty 24%. 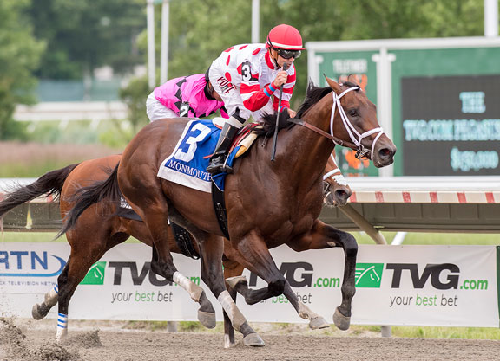 King for a Day at Monmouth Park

Pletcher says of his horse, "He's doing excellent. He's training very well. I'm pleased with where he is right now." The trainer was definitely pleased, but not surprised when KING FOR A DAY pulled off the Pegasus upset. "I can't say it surprised me. We felt like he was doing well. You never know what's going to happen when you're running against a horse that crossed the finish line first in the Kentucky Derby but we always felt like this colt was one of our top 3-year-olds for sure."

MAXIMUM SECURITY and KING FOR A DAY might be common company, but MUCHO GUSTO will make it a crowd and try to steal the spotlight. Baffert’s horse has won four of six races and is machining his third start after a short two months in the barn.

In his last effort, MUCHO GUSTO (ML 2-1) topped the favorite, ROADSTER, running away from a field of six by 2 1/4 lengths. The Grade 3 Affirmed Stakes win at Santa Anita was his second in a row; so, he’ll try to make it a threepeat in the HASKELL. It would be the first for him as he has a pair of two-win streaks, but hasn’t made it to three straight yet. 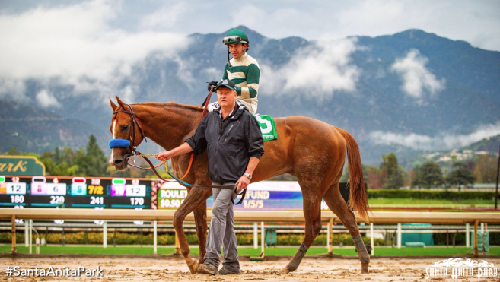 Although Baffert says "Maximum Security is definitely the best horse in the race", he likes his draw with post position number five. "From there [jockey] Joe [Talamo] can play the break and keep him in the clear. My horse has speed."

If that’s the case, EVERFAST should have the freshest legs coming out of the turn and could blow by tired horses in the lane. That’s probably why our handicapper has him in our Pro Subscribers Bonus Commentary.

"MAXIMUM SECURITY is making his second start since getting DQd in the Kentucky Derby. He finished second as the chalk in his last. Trainer Jason Servis wins at 35% the next time around the track with beaten favorites. KING FOR A DAY rides the rail that’s winning Monmouth dirt routes at 24%. He got the better of MAXIMUM SECURITY in his last. Pace is why EVERFAST is ranked third. He’s a lone closer, which should work well versus a field of drag racers. MUCHO GUSTO won his last race and trainer Bob Baffert wins at 33% following a win."