ROADSTER must be a frustrated racehorse. The Bob Baffert trainee came out of the barn swinging early in his career, winning three of his first four races. After winning the Santa Anita Derby over heavily favored GAME WINNER, the Speedway Stable horse left the gates of the 2019 Kentucky Derby as the fourth favorite. He didn't fire, finishing 16th – ouch. 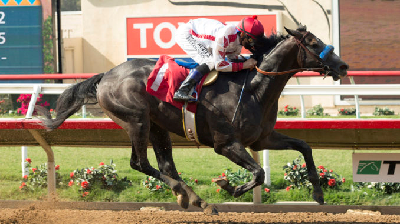 The three-year-old finished second in his two outings since the Derby, losing by a nose in his last to FLAGSTAFF in the $100,000 Damascus Stakes at Santa Anita. The Damascus was ROADSTER'S first race after a five-month layoff. The dark-chocolate brown horse ran his career best speed figure in the second-place finish, which is a sneaky good handicapping angle.

Baffert's ROADSTER enters the 41st NATIVE DIVER STAKES as the 5/2 morning line favorite in a field of six. The $100,000 stakes race is 1 1/8 miles on Del Mar's main track. This year will be the sixth time the Grade III NATIVE DIVER runs at Del Mar after 35-years at the now closed Hollywood Park.

ROADSTER will have to overcome the NATIVE DIVER STAKES' speed bias to end his frustration and find his way into Del Mar's winning circle. Every NATIVE DIVER champ raced first or second all the way around the track since moving to Del Mar in 2014.

That's not ROADSTER's running style. He's started in the back third of the field in his last four starts. He ran fourth once, fifth twice and 15th in the opening quarter of the Kentucky Derby. He'll have to get by speedsters LEADING SCORE (PP: 1 ML 7/2) and ZESTFUL (PP: 3 ML 6-1).

LEADING SCORE has run first or second at the first call in six of his last nine starts. The five-year-old is making his second start following two-months on the sidelines. His limited history suggests he'll be better for jockey Joe Talamo in round two off the bench; however, he'll need to conquer his tendency to fade late and the anti-rail bias.

LEADING SCORE has given up ground in the final strides in all his nine races. Making matters worse, the rail is yet to score in nine routes during the current Del Mar meet.

Perhaps ZESTFUL will be able to uphold the NATIVE DIVER's speed bias. The Mark Glatt trainee's past performance lines are littered with 1s. The four-year-old was on the lead out of the gates, at the first and second calls in nine of his last 10 starts. He was second in the lone "outlier." 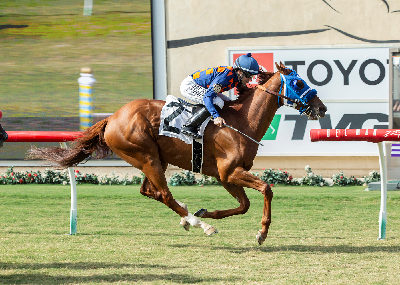 Talamo getting off ZESTFUL to ride LEADING SCORE is concerning as he piloted ZESTFUL in the last three starts. Jockeys know the horses as well as anybody. They tend to pick the better horse in their view when choosing between multiple mounts.

TWO THIRTY FIVE (PP: 6) is the oddsmaker's second choice in the NATIVE DIVER STAKES at 3-1 morning line odds. Like ROADSTER, he came off the bench to run his best speed figure, finishing second by a neck behind MIDCOURT. His track record says he'll step up his game in his second start following a layoff. In fact, he scored wins in his last two round twos.

To do that, TWO THIRTY FIVE will need to turn the tables on MIDCOURT (PP: 2 ML 7/2). Trainer John Shirreffs' MIDCOURT is on a three-race win streak and is the third horse in the field to post his career best speed figure in his first race after a layoff. It's only the second time he's been able to string together two races before heading to the sideline in his six-race career. He bombed in his only other second start, finishing seventh by 21 lengths but, in fairness, it was behind superstar MCKINZIE.

EXTRA HOPE rounds out the field. He is coming off a third-place finish behind FLAGSTAFF and ROADSTER in the non-graded Damascus Stakes. This will be his third start off a layoff, a 15% winning angle for trainer Richard Mandella. Unless he's found a new level, the colt is a candidate to bounce after he popped his best speed number, by far, in his third place Damascus effort. It's been our experience that horses with an outsized spike in their speed number tend to flop the next time out.

Despite the need to overcome the Native Diver's speed bias and recent frustration, ROADSTER is clearly the class horse in the field. A non-graded, $100,000 stakes race is the highest level that any of the other entrants have won. ZESTFUL is the only other horse to come close to scoring in a graded race, finishing second by 3/4 length in the Grade II Marathon in his last.

Our handicapper sees the class difference and sees ROADSTER wearing the NATIVE DIVER crown in our Pro Subscribers' Bonus Commentary.

ZESTFUL has won seven of his last 10 races and is 3/4 lengths, 1/2 length and a nose from winning 10 straight. TWO THIRTY FIVE is the third horse in the field to run his best speed number in his first start after a layoff. His history says to expect a big jump in round two.