With only three starts and one of those being the Breeders' Cup Juvenile Fillies Turf, the question has been posed to top turf trainer Chad Brown whether or not the Coronation at Royal Ascot is in the filly's future.

Brown has won the Breeders' Cup Juvenile Fillies Turf five times. The race has only been run for 11 years. With Browns impressive turf record, it only makes sense for him to take one across the pond for the Royal Ascot. In fact, he went all the way to Europe to purchase NEWSPAPEROFRECORD. And, let's not forget that Brown has campaigned such fillies as LADY ELI and RUSHING FALL. LADY ELI just sold at Keeneland's November sale for $4.2 million in foal to WAR FRONT. 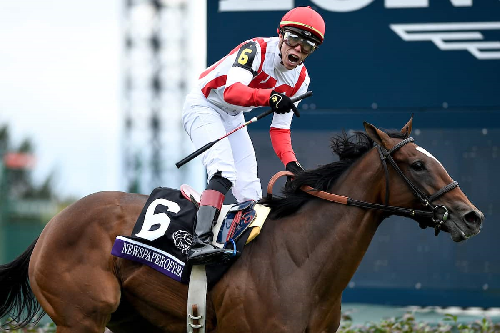 NEWSPAPEROFRECORD holds the ability needed to run in such a race in the UK. "She has good speed from the gate. She handles soft ground. The weather won't be an issue," says Brown. Campaigned by Klaravich Stables, the filly gave them their first Breeders' Cup victory. But it's not their first time to the Breeders' Cup, they had a previous placing when VOTING CONTROL ran third in the Juvenile Turf in 2017. They also helped Brown reach his first Triple Crown placing with CLOUD COMPUTING in the 2017 Preakness Stakes. 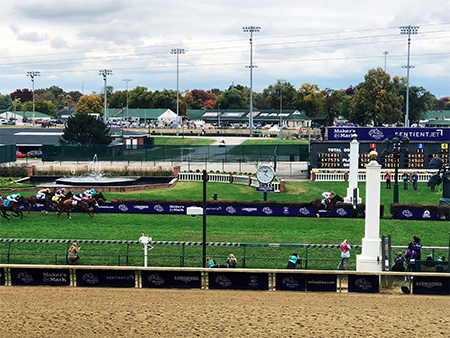 Brown believes that the European-bred horses are best for running on the turf. "I feel on the average [they] just have better blood for running on turf courses like this today and at a high level all over the world." He prefers to buy those European horses as yearlings and train them from the ground up, rather than purchasing already raced horses, like his other success - SISTERCHARLIE and A RAVING BEAUTY - both of which made appearances at the Breeders' Cup this past weekend.