Saturday Stakes: A Sneak Peak at the Belmont Stakes in the Ogden Phipps

BONUS: Listen to our fourth episode of The Player's Edge for more detailed analysis and picks for the LOUISVILLE STAKES and THOR'S ECHO HANDICAP!

We are a week away from the start of the Twisted Triple Crown (if you use it, kindly tip your hat). The Belmont Stakes moves from the back of the line to the front of the line with the Kentucky Derby and Preakness remaining in their normal order.

Horseplayers can get a sense of how the Belmont Stakes might play out by watching this weekend's Grade I OGDEN PHIPPS STAKES. A field of six fillies and mares will race 1 1/16 miles on Belmont's main track. Next week, they'll move the gates back a 1/16 and race 1 1/8 in the Belmont Stakes. Tactically, there shouldn't be much of a difference between the two.

Early speed could be the deciding factor as frontrunners won 23 of the 27 races at the distance/surface during the fall meet, but only six managed to lead gate to wire. 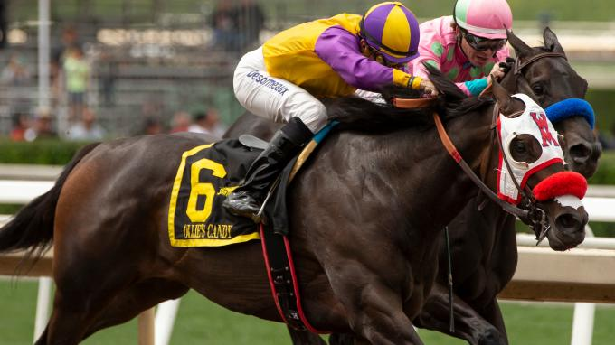 The oddsmaker sees OLLIE'S CANDY (PP: 5 ML 8/5) as the horse to beat, making the five-year old the morning line favorite. She last raced on April 18th at Oaklawn Park, finishing second by a head in Grade I, Apple Blossom stakes. She had a 2 1/2 length lead and gave it up in the final strides of a 1 1/16 mile run, like today. She's likely to be close to the front, which is where you want to be and has a good shot to live up to her pre-race favoritism.

POINT OF HONOR (PP: 2 ML 2-1) is essentially the co-favorite. The four-year-old daughter of CURLIN has three wins, three seconds and a third in eight starts. She finished fourth in the lone miss. She's a closer and not a sprinter and will most likely be at the back of the pack from the jump. She'll need to overcome the track bias and possibly a moderate to slow pace to get the W. It could be a tough ask for jockey Javier Castellano.

GOLDEN AWARD (PP: 6 ML 7/2) is the third choice. Trainer William Mott's horse has finished first (5x) and second (3x) in eight of her last 10 starts. She took the day off three races back and finished a well beaten fourth on the slop in the other miss. The five-year-old appears to be a good fit for the speed edge, usually found in the shadow of the leaders and trying to out sprint them to the finish line. 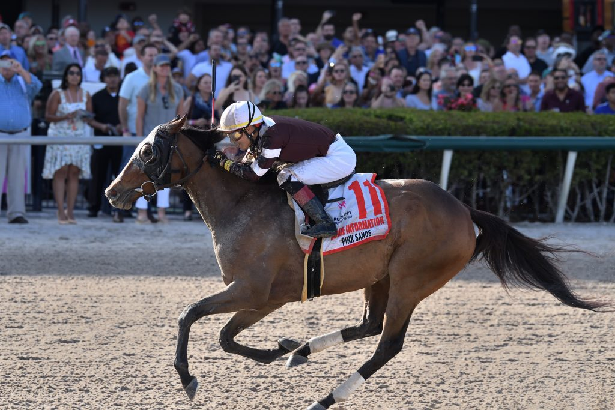 PINK SANDS (PP: 1 ML 6-1) will probably keep POINT OF HONOR company, pulling up the rear. She's never missed the board at Belmont in five starts but has yet to visit the New York track's winner circle (5: 0-2-3). She recorded the highest, last race speed number and will try to make it three wins in a row by taking advantage of the 23% winning rail.

SHE'S A JULIE (PP: 3 ML 8-1) is making her second start following seven-months in the barn. Trainer Steven Asmussen wins second starts after a layoff at 20%. However, the daughter of ELUSIVE QUALITY has taken a step back in her last two second starts off the bench. She broke in the air in her last start; so, she should be better this time around without an excuse, but her recent record of underperforming in round twos is concerning.

Lastly, BLAMED (PP: 4 ML 10-1) is probably going to be the pacesetter as her past performance lines are littered with 1s. She's moving up the class ladder from a $75,000 optional claimer to the graded ranks, where she's bombed in the last two tries by a combined 42 lengths, UGH! Prior to that, she did win a pair of Grade IIIs going wire to wire. That's what she's going to try and do today. If she has the lead in the stretch, she could be hard to pass as she's won six of seven when leading late.

This is how we rank them: