Sunday Stakes: The ZENYATTA STAKES winner gets an automatic bid into the Breeders' Cup Distaff

Breeders' Cup races are just 33-days away and only a few spots remain as the Breeders' Cup Challenge Series races end on October 9, 2019. Today, six fillies and mares running in Santa Anita's, Grade II ZENYATTA STAKES will have a chance to pass go and collect their ticket to the Breeders' Cup Distaff.

Oddsmakers believe the ZENYATTA STAKES is a three-horse race. SECRET SPICE (PP:1) and OLLIE'S CANDY (PP: 4) are essentially co-favorites at morning line odds of 8/5 and 9/5, respectively. PARADISE WOODS (PP:3) is the third choice at 5/2. 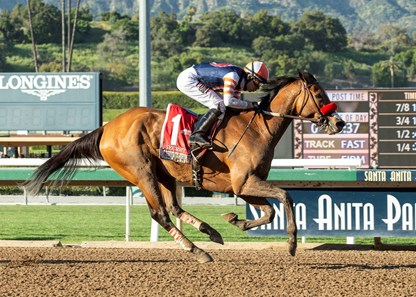 SECRET SPICE could be at a disadvantage running along the fence. Only one horse wearing the red one cloth has made it to the winners' circle in the current meet's 16 races at the distance. The four-year-old hasn't run since July 28th at Del Mar where she finished second by a head as the post-time favorite. She gave up a brief stretch lead to OLLIE'S CANDY.

She came back to win the next race the last time she failed as the favorite and trainer Richard Baltas wins at 29% the next time around the track with busted chalk. SECRET SPICE has won two of her last three, first starts out of the barn and is a legitimate top of the ticket contender.

As mentioned up top, OLLIE'S CANDY got the better of SECRET SPICE the last time she raced. She broke to a contested lead, ran ahead of the pack by three at the half-mile marker and fell to second by a head in the stretch but battled back to head out SECRET SPICE at the wire. We love horses with heart.

She hasn't raced in more than two months and her works have been blah since her July 28th race. Her last first race after a layoff didn't go well, finishing seventh of eight on turf. Despite being one for one at Santa Anita and two for two at the distance, OLLIE'S CANDY might need a tune-up race before hitting her stride.

PARADISE WOODS is a horse for the Santa Anita course. She has four wins, three seconds and two thirds in 11 races at the World's Most Beautiful Horse Racing Track. She has zero wins, zero places and a show in five races outside of Arcadia California. 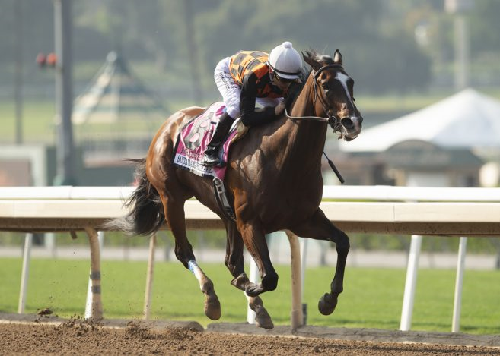 She finished fourth behind OLLIE'S CANDY, SECRET SPICE and LA FORCE (PP: 5 ML 5-1) in the July 28th affair. Today is her first start since. The John Shirreffs' trainee has put in a mixed bag of workouts heading into today's run; however, the last two were sharp. She's failed to win in her previous six first starts following a layoff. We might discard her if not for her taste for Santa Anita cooking.

Our handicapper sees the top four remaining the same as the outcome on July 28th; although, in a slightly different order in our Pro Subscriber's Bonus Commentary.

"SECRET SPICE missed by a head as the chalk in her last. Trainer Richard Baltas bounces back at 29% with beaten favorites. PARADISE WOODS has four wins, three seconds and two thirds in nine SA races. OLLIE'S CANDY is making her first start since late July. Her history suggests she'll need one before hitting top form. LA FORCE has hit the board in seven of nine Santa Anita races."