Saturday Stakes: Can OMAHA BEACH be beaten in the Malibu Stakes?

Seventeen stakes races with jackpots of at least $100,000 are on Saturday's schedule. Santa Anita has the marquee races and the marquee names with OMAHA BEACH and BELLAFINA entered in the Grade I MALIBU STAKES and LE BREA STAKES, respectively.

Both will look to right the ship following non-winning performances during their November, Breeders' Cup races. BELLAFINA finished a close second to COVFEFE in the Filly and Mares Sprint. Meanwhile, OMAHA BEACH ran a distant second as the even-money favorite in the Breeders' Cup Dirt Mile, 2 3/4 lengths behind SPUN TO RUN. 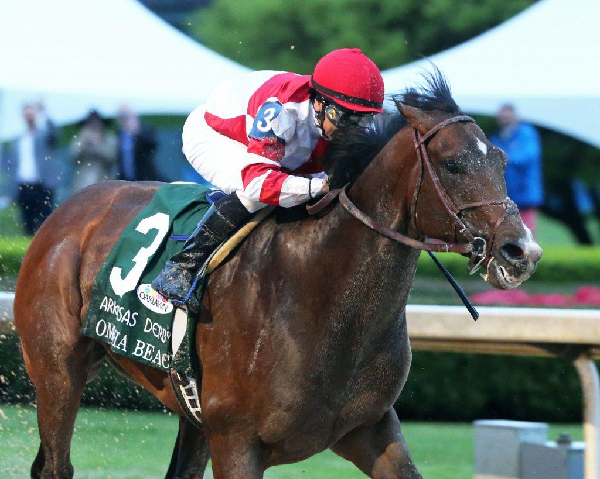 OMAHA BEACH (PP: 5) failed as the public's choice in five of his nine starts and was chalk is seven of the nine. Santa Anita oddsmaker Jon White believes horseplayers will make the Richard Mandella trainer the horse to beat again, listing the three-year-old colt as the 4/5 morning-line favorite in the five-horse field.

In a short field, he deserves to be the pre-race fav, but his history as the chalk suggests horseplayers would be smart to look elsewhere. We see two real threats, COMPLEXITY (PP: 2 ML 5/2) and ROADSTER (PP: 4 ML 3-1).

ROADSTER has been an underachiever since winning the Grade I, Santa Anita Derby in early April. Uber trainer, Bob Baffert's horse finished way back in the Kentucky Derby, a well beat second in the Grade III Affirmed, second by a nose in a $100k non-graded effort in the Damascus Stakes, and got smoked in the Grade III, Native Diver stakes as the 4/5 favorite, finishing fourth of four by 9 3/4 lengths.

It's hard to have confidence in ROADSTER until he shows his Santa Anita Derby form.

That leaves COMPLEXITY. The $375,000 colt appears to have recovered from a bout of bad, finishing tenth in the Breeders' Cup Juvenile and eleventh in the Grade I, Woody Stephens Stakes at Belmont Park. He finished 20 lengths behind the winner in both. Now, that's bad. 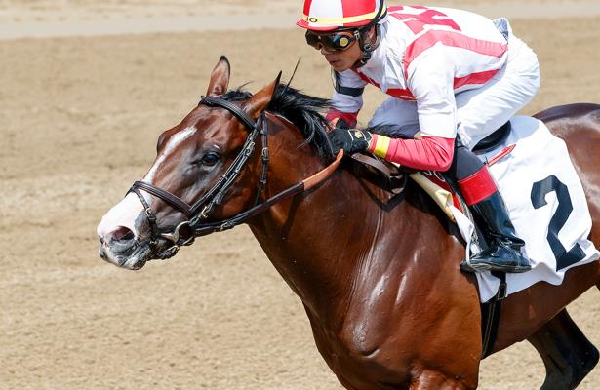 COMPLEXITY taking the tape at Aqueduct

Leading money-winning trainer, Chad Brown put COMPLEXITY in the barn for five-months and brought COMPLEXITY back to the track for a $62,500 Optional Claiming race. He won E-Z, blasting a field of seven by 7 1/4 lengths, running his lifetime best speed figure despite "gearing down" in the stretch.

If COMPLEXITY has the lead coming out of the turn in the Malibu Stakes, he probably wins. He's lead into the stretch in his three wins and faded, hard, after the half in his two bombs. COMPLEXITY's limited history suggests he'll be better in race two off the bench and is our pick to hit the wire first.

Here is how we stack'em up for the Malibu Stakes in our Pro Subscriber's Bonus Commentary:

"COMPLEXITY (RADAR) came off the bench to win by 7 1/4 lengths despite "gearing down." He should have more today. OMAHA BEACH finished second in the Breeders' Cup Dirt Mile as the chalk. Trainer Richard Mandella rebounds at 17% with beaten favorites. ROADSTER is making his third start off the sidelines for trainer Bob Baffert, a 22% winner. MANNY WAH looks much better than MUCH BETTER."