Sunday Stakes: A Hollywood Ending for the Mine That Bird Derby?

On Sunday, it's going to be 65 and sunny in the Southeast corner of New Mexico, just west of El Paso, Texas and a few miles north of the Mexican border. It's also going to be the center of Thoroughbred stakes racing as Sunland Park cards three of the four outings with jackpots of at least one hundred large.

The Mine That Bird Derby is named after the 50-1 Kentucky Derby winner in 2009. MINE THAT BIRD should be the everyday horseplayers' hero. He was purchased for just $9,500 and earned enough to qualify for the Derby. 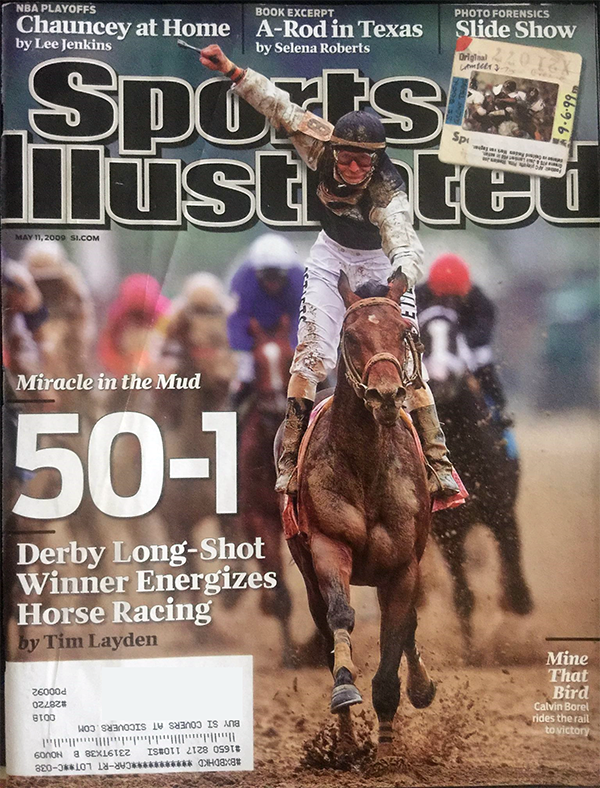 Mine That Bird winning the Kentucky Derby

His trainer, Chip Woolley put MINE THAT BIRD in a horse trailer, attached it to his pickup truck and drove for almost a day to Louisville Kentucky from Sunland Park, New Mexico. MINE THAT BIRD struggled to get out the Churchill Downs' gates on a sloppy track, eight lengths behind the rest of the field. In Hollywood, movie script fashion, the forgotten longshot rallied for a 6 3/4 length win for the roses.

Six horses will try to write their own story in the 2020 Mine That Bird Derby. These are our top four choices.

SIR RICK (PP: 4 ML 2-1) is the morning line favorite to play the part of the protagonist, pose for a photo session in the winners' circle and collect a five-figure check! He'll make his first start for trainer Robertino Diodoro and his second start following a short layoff. Diodoro wins at 25% the first time out with new horses and SIR RICK's limited history suggests he could be better in round two off the bench.

STACKIN SILVER (PP: 2 ML 3-1) is shipping in from Hollywood. He bombed in his Santa Anita debut, crushed by 32 lengths – eww, that hurts. Ah, but then he returned to work and pounded the field in his last two starts, winning both by more than 5 lengths. He's coming off an easy win in his first race after three-month rest and could continue his performance uptrend.

EXAULTED (PP: 3 ML 7/2) could prove to be the best horse in the field. He's the most expensive horse of the group at $200,000, double the price of the next closest, JUNGLE RUNNER (PP: 6 ML 4-1). He finished second in his debut after getting off to a slow start, seventh of seven. Jockey Mike Smith rallied him for place money and will look to get him out of the gate quicker today. 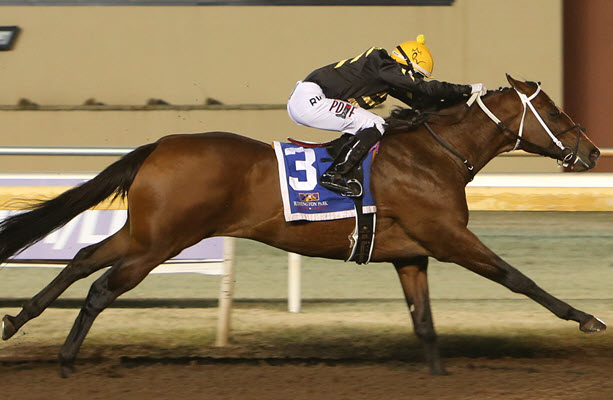 JUNGLE RUNNER, as we mentioned a paragraph ago is a $100k horse. He has barbell finishes, starting his career with a pair of bad losses, followed by two impressive wins, and then stinking up the track in his last two. Looking at that pattern and you see two bad ones followed by two good one. The last two were awful, so… Based on his track record, he'll finish first or last.

That's how we lined them up in our Pro Subscribers' Bonus Commentary.

SIR RICK ran the top, last race speed figure in his first start off the bench. He should be better in round two. STACKIN SILVER won his last two by 5 1/2 and 5 1/4 lengths. EXAULTED finished second in his debut with a speed figure that fits with picks one and two. JUNGLE RUNNER was real bad, real bad in his last two starts, but back class suggests he can compete for a piece.